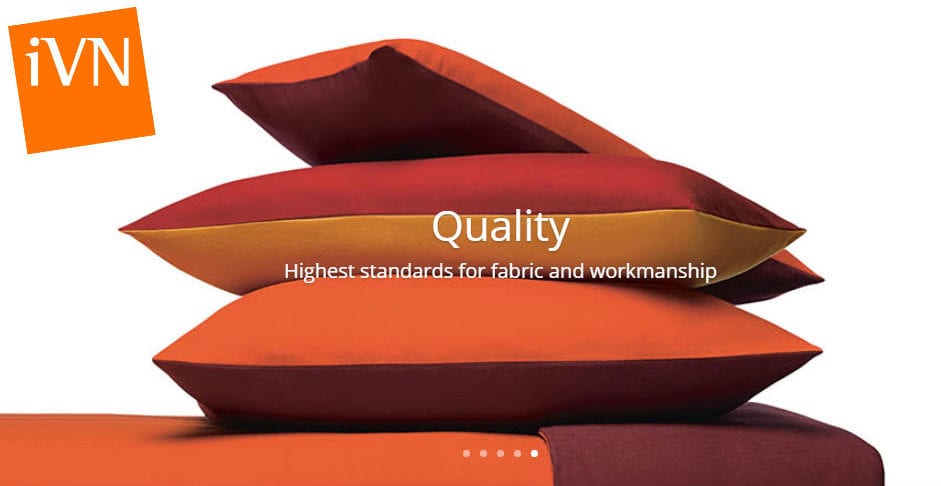 IVN stands for Internationale Verband der Naturtextilwirtschaft. The English translation is International Association Natural Textile Industry. It is a standards setting and certifying organization for textiles. Based in Germany, its mark is used by companies in German speaking nations and neighboring countries: Germany, Austria, Luxembourg, and Switzerland, plus Lithuania, France, The Netherlands, Sweden, and Denmark.

IVN began in the 1980s. Textile manufacturing, the oldest industry of the Industrial Revolution, had become dominated by mass production and synthetic fibers and dyes. Production of natural fibers now involved heavy use of pesticides, herbicides, and chemical fertilizers. Cotton, once a plantation crop produced with slave labor in the United States before the mid-Nineteenth Century, was now largely a Third World product, using sub-standard wages with poor working conditions and low living standards. Modern cotton production was also harming the environment.

Producers and retailers of textiles and textile products in Germany began meeting with an association for organic food products. But the organization focused on food, and organic and ecologically friendly clothing was going to specialty shops. In 1989, the textile and apparel producers formed their own group, which became the Internationale Verband der Naturtextilwirtschaft in 1999, to set standards of transparency and quality for eco-friendly textiles from fiber production to marketing of the finished product.

According to the organization, “IVN aims to establish and further an awareness for ecology, social accountability, health and quality. By defining comprehensive and stringent standards dealing with these issues as well as establishing readily identifiable labels for products meeting them, IVN hopes to inform the public, assure ecological quality and further the deliberate choice for eco-friendly textile and leather products.”

IVN’s mission is preservation of the environment, sustainability of resources, and business practices that are responsible economically, socially, ethically and environmentally. IVN states its goals this way: “IVN aims to establish and further an awareness for ecology, social accountability, health and quality.” These were the original concerns of its founding members. It now has more than 70 members and the same mission.

In 2002, IVN joined with other textile standards organizations to form the International Working Group on Global Organic Textile Standard to set Europe-wide standards for textiles using organic, sustainable, and socially responsible cotton and other natural fibers. Thus it is a founding member of GOTS, the best-known organization for certifying organic fabrics.

IVN is a founding member of GOTS, with a shared interest in textiles from original production of natural fibers to receipt by the customer. Its membership is classified as Retailers, Manufacturers, Mailorder Companies, Service Companies, Contractors, and Supporting Members. Among the Service Companies are Eco Institut and IMO.

With the widespread use of GOTS and IVN’s support of it, since 2008 only the upper tier of the IVN Naturtextil seal is issued. Achieving the Organic 100 certification from GOTS now qualifies as the lower tier textile seal. This is the minimum qualification for companies applying for the BEST certification with its additional stipulations.

Since the core membership of IVN is companies engaged in the production, processing, distribution and sales of textiles and textile products, its seal would naturally be classified as a second-party certification. Therefore, IVN contracts with third-party certification agencies IMO and  eco-INSTITUT to manage auditing and testing of applicants and seal holders.

Few bedding products (bed linens, and covers and batting for mattresses and foundations) made in North America display the IVN Certified BEST seal. This is more likely when the fabrics are made in Europe, or when the BEST certification is specifically desired. The impact on North American bedding is IVN’s role in the founding of GOTS and in its cooperation with OekoTex and other certification organizations.