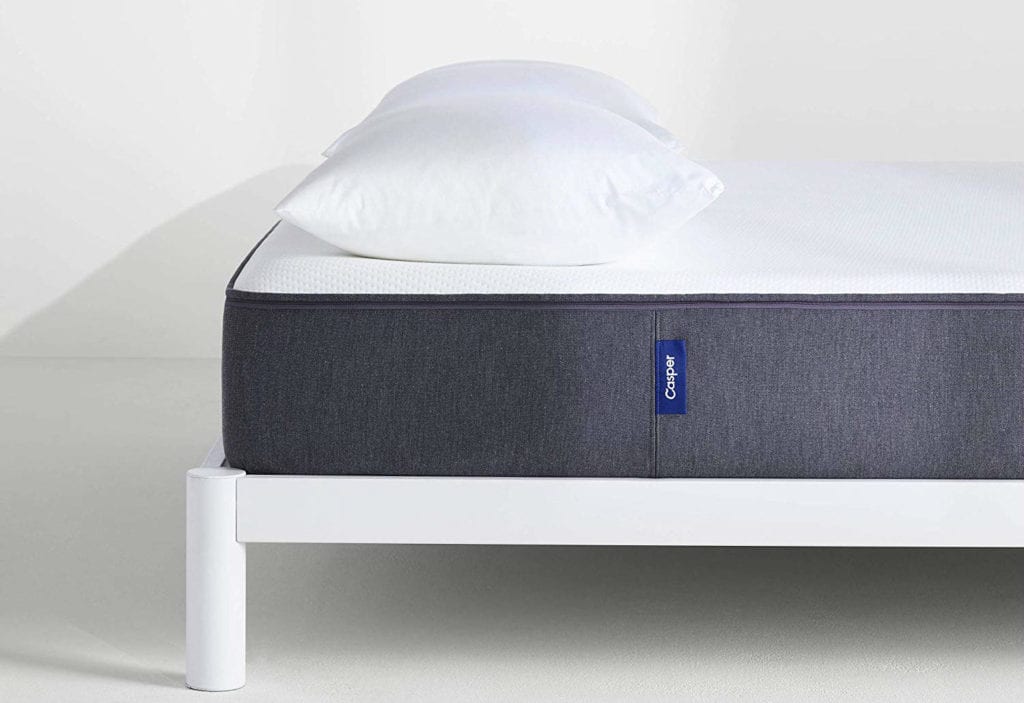 Casper Sleep is best known as the shaker-upper of mattress marketing, the company that sparked the current mattress-in-a-box trend. It is not the first firm to sell mattresses that have been compressed, rolled, vacuum-packed and put into a convenient box. An Italian mattress manufacturer, Magniflex, developed the process in 1986, shipping out mattresses in duffel bags. In this country, BedInABox (BIAB) used this process, beginning in 2004, fitting the mattress into a box. In 2006, they began selling exclusively online at a fraction of in-store prices.

When it comes to start-up, single-model, online-only companies, Tuft & Needle is older, founded in 2012. The reason Casper sparked the current trend might be due to their location in New York City; T&N is based in Phoenix. Also catching public attention was their delivery by bicycle in NYC.

Casper Sleep was founded in 2014 by mattress industry veterans headed by Philip Krim. Krim started Merrick Group in 2004 while a University of Texas business student. In 2009 he left Merrick Group, which ceased operations four years later. Merrick Group was the parent company of Angel Beds, a manufacturer of memory foam mattresses.

Casper Sleep entered the market 10 years after BedInABox, and 8 years after they started online-only sales. What Casper Sleep did differently was to have only one model with only one firmness level. At that time (2014), BIAB had seven models. This lowered the cost even more. Online sales of boxed mattresses have taken off with many start-ups entering this market segment. Now established mattress companies, such as Sealy, have entered the ring with their own boxed entries. Most of these are memory foam mattresses.

Casper Sleep has revised and expanded its mattress line and added related products. The current product line of Casper Sleep includes mattresses, pillows, bed frames, bedding, and accessories. They also opened a showroom and started a chain of retail stores.

Casper Sleep began with only one model, The Casper Mattress and no showroom or physical retail outlet. The original Casper Mattress has been revised a number of times. The 2018 revision was followed by the introduction of two more models, The Wave and The Essential. In mid-2019, all three models were revised, making them higher, and two pocket-coil hybrids were added as versions of The Wave and The Casper.

The design chosen for the original Casper Mattress was a 10” 3-layer, latex/memory foam model. Latex was used for its resilience and memory foam for its conformity. Latex on the top masked some of the pressure-relieving properties of the memory foam beneath it. It was on top for temperature control. In 2016 it became a 4-layer mattress by adding a transition layer. In 2018 the latex was replaced with latex-like foam. In 2019 the height of the mattress was raised to 12” and a pocket-coil hybrid version was added.

The Wave is Casper Sleep’s luxury model. The 4th layer has contour cuts in its top surface. The depths of the cuts form a wave-profile from the side of the mattress to contour the support. In 2019, “Targeted gel pods” (gel inserts in the contour cuts) were added to the hip area for added support. In 2019 the height was increased from 11½” to 13” and the hybrid version was added with pocket coils replacing the polyurethane support core).

The entry-level Casper model is The Essential. It has only three layers: soft foam on top, memory foam in the middle, and high-density polyurethane foam in the support core. In 2019 it was raised from 8½” to 11” high.

Casper Sleep began with selling its mattress only online, on its own site and on Amazon. It did not even have a showroom until after a shopper knocked on the door of the office asking to try out a mattress. Now there are several Casper Sleep Shops across the country. Casper’s pillows, bedding and two mattresses (The Casper and The Essential) are sold by Target Stores. 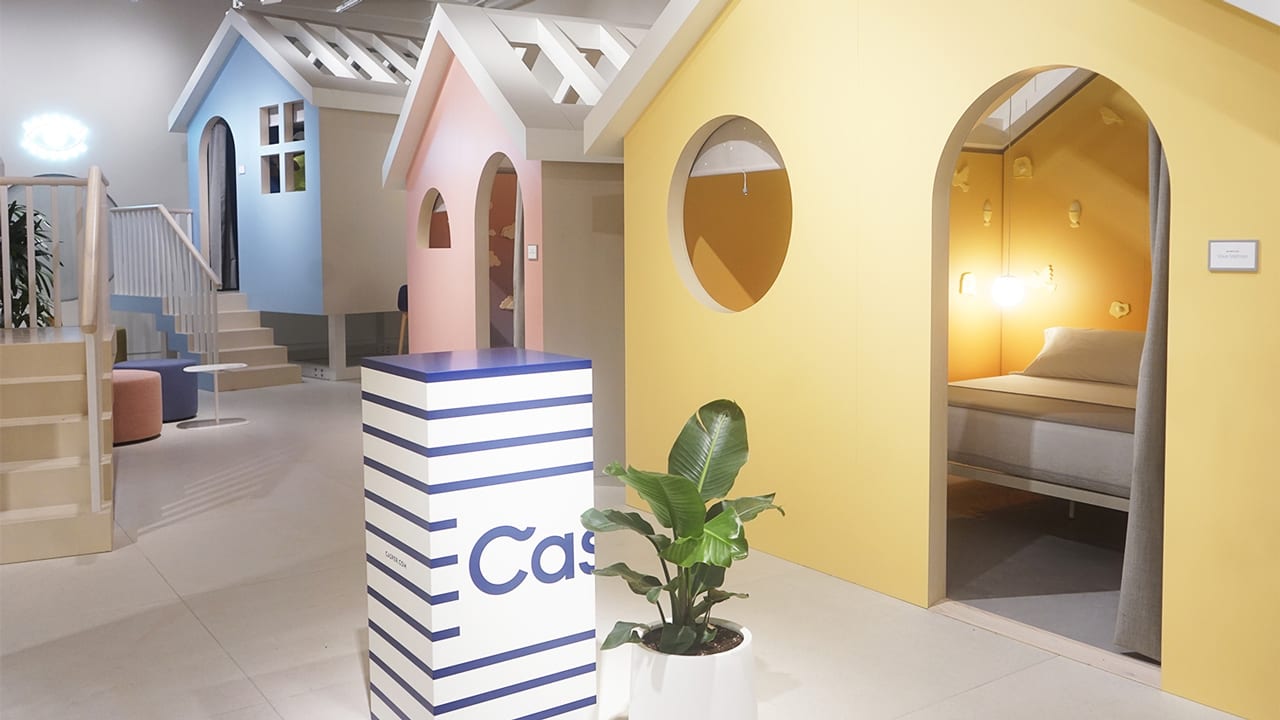 The past three years, Casper Sleep has been the plaintiff in two significant industry lawsuits, and the defendant in two others.

In July 2017, Casper Sleep financed the buyout of independent review site Sleepopolis as part of the settlement of a suit the mattress firm had filed against the reviewer in April 2016. Two other independent reviews were also sued, and they settled. (1)

In September 2017, Serta Simmons Bedding dba Serta filed suit against Casper Sleep alleging that Casper’s new model, The Wave, infringed on three patents held by Serta. All three alleged infringements concerned the contour cuts which are the key feature of the Wave’s zoning for even support of the spine. Serta’s design was graduated channel cuts.

The suit was scheduled for trial in July 2018. Meantime, a requested injunction against Casper Sleep’s use of this system has been denied. (2)

On November 28, 2017, Brady Cohen sued NaviStone, a provider of internet tracking services, and three online retailers, Casper Sleep, MooseJaw, and Tyrwhitt, for violation of federal wiretap laws. The financial firm Quicken Loans was later added as a defendant. This became a class action suit. The claim was that the commercial defendants used NaviStone’s technology to identify visitors to their sites for the purpose of following them and targeting them with ads and offers. (3) The suit was dismissed on July 16, 2018 on the basis that there was no claim of harm to the plaintiff, financial or otherwise. (4)

In November 2018, Casper Sleep sued Level Sleep, which is now part of RESIDENT (formerly DreamCloud Holdings, LLC), claiming that Level Sleep competed unfairly by making unsubstantiated claims for its unique design. (5) Part of the claim was that research cited as testing the Level mattress was conducted in 2009, six years before the company was started. However, research shows that the company was founded to market the mattress, which was designed and tested by the researchers at Stanford University.

Expect Casper Sleep to continue to innovate, to expand its sleep products portfolio, and to broaden its market footprint. The company will continue to defend its position by legally challenging what it considers unfair competition. Also expect the company itself to be an attractive legal target.