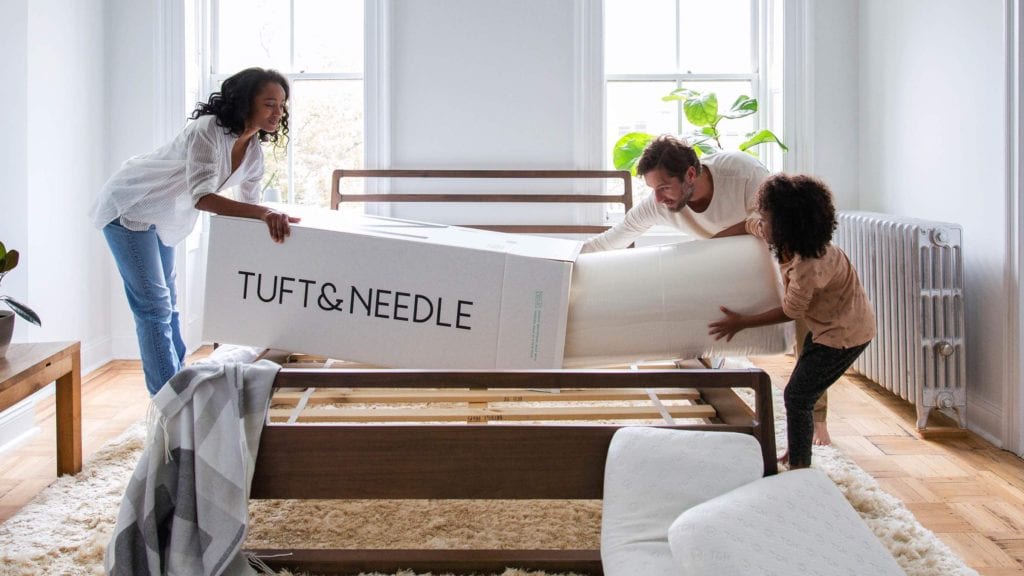 All mattresses are made with care in the United States.

Tuft & Needle is older than Casper Sleep and Yogabed, the spark-plugs that headlined the current trend of direct-to-consumer, single-model mattresses. Based in Phoenix instead of being on the East Coast, it did not attract the same publicity, but it did prepare the way for the latter two. Currently it is the top-rated mattress on Amazon of those with more than 500 reviews. It has an average of 4.4 stars out of 5 with almost 6,000 reviews. It is also one of the least expensive foam mattresses, ranging in price from $350.00 – $1,095.00.

Unlike Yogabed and Casper Sleep, Tuft & Needle was not established by mattress industry veterans. Daehee Park and JT Marino were software engineers working in Silicon Valley, looking to start their own company. They decided to design and make mattresses because of their own adventures in mattress shopping – dissatisfaction with mattresses that cost too much after a horrible shopping experience.  So in 2012 they set up shop.

The plan was to make mattresses which would be inexpensive with a hassle-free shopping process. Their mattresses are simple. Made in California with US-made materials, they are sold online, compressed and rolled, and shipped in handy boxes.

Tuft & Needle is continuously tweaking their design, responding to customer feedback. They began with a 5” mattress (the T&N Five), then added a 10” model (T&N Ten). Since then, the Five has been discontinued.

The firmness of the T&N mattress has changed since its introduction. At first it was very firm (8.0 to 8.5 on a scale of 10). The firmness has been gradually lessened until it is now medium firm (6.0-6.5).

What Is The Mattress Made of? 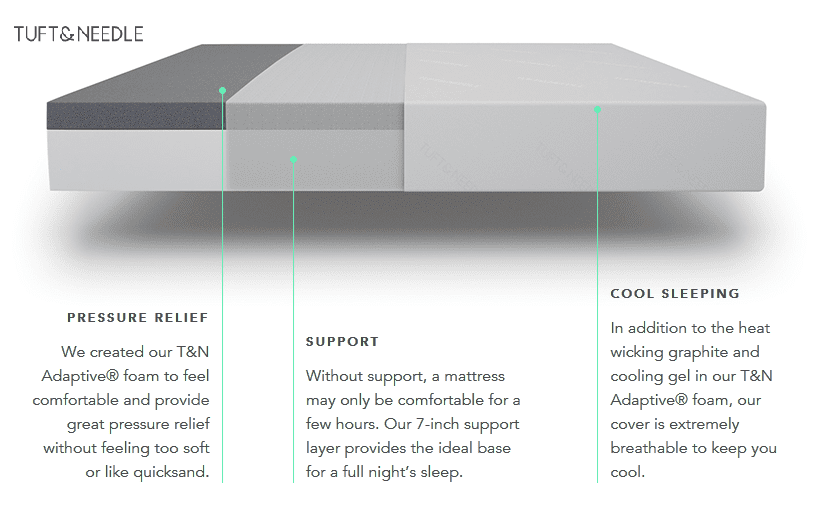 Not Latex, Not Memory Foam

Tuft & Needle is not a memory foam mattress. Neither is it a latex mattress. Both of the two layers are polyurethane foam. The writer at Sleepopolis, in a 2016 update, says he wishes it was either more like latex or more like memory foam. But most other online reviewers like it.

T&N says that latex pushes back too much, causing pressure sores. And memory foam is “like quicksand” which traps sleepers and their body heat.

The 7” high Base Layer is 1.8-lb. polyurethane foam. The role of this is underlying basic support. This keeps the sleeper from sinking too far into the mattress for that “swallowed up” feeling.

The 3” high 2.8-lb. comfort layer, however, is more than just polyurethane foam. It is called “T&N Adaptive Foam.” Graphite and gel have been added “to disperse heat outward and away from your body.” The emphasis here is not on absorption of heat, but on dispersion. The real question is the destination where the heat is conducted to dissipate. The arrows on the T&N image show heat traveling to the sides and bottom of the mattress. Can graphite and gel do this alone, or is there a structural mechanism (such as ventilation) to facilitate transfer of heat to the room air?

Not only does Tuft & Needle sell mattresses; they also sell pillows, sheets, and mattress protectors. It sells its mattresses and other products from its website. Besides selling online, Tuft & Needle also has five stores of their own: three in Arizona (Phoenix, Scottsdale, and Gilbert), San Francisco, and Seattle.

The Tuft & Needle mattress is a good one for the price. According to user reviews, it offers good support with pressure relief. But it is not perfect for everyone. As with most single-model firms, it plays to the middle, with a level of support appealing to the greatest number of people. It can be ordered directly from T&N or on Amazon. However, the return policies differ between the two venues.

There is a newcomer on Amazon receiving an average of 4.8 stars, although there are less than 200 reviews so far. The Snuggle-Pedic Mattress, made by the producers of two of the top-rated pillows on Amazon, also has two layers. The top layer is 4-lb. memory foam, which is more pressure-sensitive and less heat-sensitive than the 5-lb. memory foam that several others still use. This means that it is more responsive and less cradling than the heavier foam. It does not have any infusions, such as gel, graphite or phase-change materials. Since these would reduce the pressure relief property of the foam.

The bottom layer is support level polyurethane foam. The relative heights are the same as in the Tuft & Needle: 3” on the top and 7” on the bottom. Like the T&N, the Snuggle-Pedic is compressed, rolled, sealed and boxed.

One advantage Snuggle-Pedic has is that the firmness can be customized, adjusted for the individual customer. It can be adjusted even after the mattress is purchased. The warranty is for 20 years, twice as long as the T&N, and the sleep trial is for 4 months. 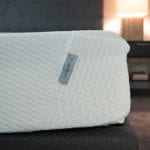