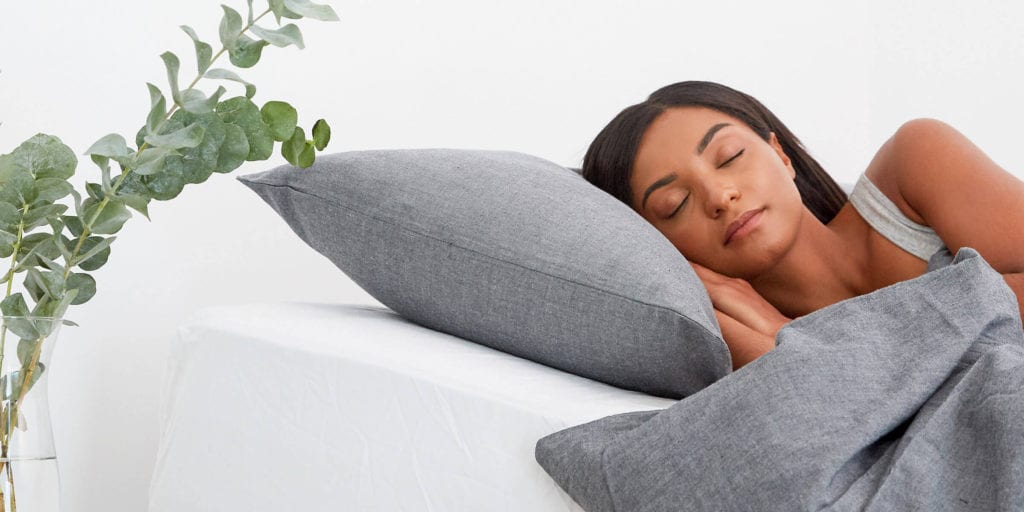 Is Side Sleeping the Best Position?

This is part 2 of Side Sleeping. Click here for Part 1 or Part 3

Medical Research Results. Many health and wellness writers have now been promoting side sleeping as more healthful than other positions. The obvious reason is breathing, but medical research indicates other benefits of sleeping on one’s side. Here are a few of the results:

As covered in an earlier blog post, digestive disorders not only have their own impact on health, but they can also degrade sleep quality, which also impacts our health. One common disorder, gastric acid reflux, can be made better or worse by our position when we sleep.

In “The Benefits of Left-Side Sleeping,” a Well Blogs post in the New York Times, Tara Parker-Pope wrote, “Studies show that sleeping on your left side is best.” The end of this post links to a NYT article by Anahad O’Connor, “The Claim: Lying on Your Left Side Eases Heartburn.” The article relates the findings of a 2015 research report in The Journal of Clinical Gastroenterology which shows that having the upper body at an incline may reduce acid reflux, but sleeping on the left side is more effective.

Whether inclined or flat, sleeping on the right side increased and prolonged gastric acid reflux. The reason for this is the anatomy of the digestive tract. Elevating the head and shoulders puts the valve from the esophagus higher than the stomach. But since the stomach extends to the left, lying on the left side keeps this valve higher than stomach contents. On the other hand, sleeping on the right side puts this valve lower than stomach contents, letting gastric juices leak through. This confirms the findings of two other studies reported in The American Journal of Gastroenterology in 1999 and 2000. Gastric acid reflux is not the only digestive disorder lessened by sleeping on the left side.

The benefit of side sleeping has been recognized at least since 1984, if not before. Studies in 1984 and 1988 reported in Sleep (the journal of the Association of Professional Sleep Societies) demonstrated that sleeping on one’s side reduces or eliminates incidents of obstructive sleep apnea. This benefit does not appear to be side-specific, but is effective for either the right or left side.

Medical research studies indicate that side sleeping can have both positive and negative effects on the shoulders and arms of sleepers.

A 2009 library study (studying the results of prior studies) reported by J. Zenian in Medical Hypotheses investigated the relationship of musculoskeletal joint pain in shoulders to sleeping positions. Statistics indicated that this pain was not entirely resultant from overuse, since lesser-used joints were often the ones with pain. Another suspect factor was the time spent sleeping on the side with the pain. Studies seemed to indicate that changing or modifying the sleeping position during the night reduced the incidence of musculoskeletal pain in the shoulder.

“Side Sleeping Position is Associated with Less Frequent Nighttime Numbness and Tingling” is a 2016 survey study by Carrie Roth Bettlach. It shows that sleeping positions are among the causative factors of carpal tunnel syndrome, a common nerve compression disorder. The survey found that the position of the wrists while sleeping was the key factor, and side sleepers were more likely to have the wrist in an uncompressed state.

“Accuracy of Self-Reported Sleep Position in Late Pregnancy” – a study first published by the  Public Library of Science – determined that sleep positions reported by pregnant women were reliable enough to verify earlier studies correlating back sleeping during late pregnancy with higher rates of stillbirths and side sleeping with lower rates. When sleeping on the back, the weight of the womb rests on the mother’s spine. Sleeping on her side provides a flat surface for evenly distributed uterine support. These studies also indicated that lying on the left side was preferable to lying on the right.

Continue with Side Sleeping – Part 3.