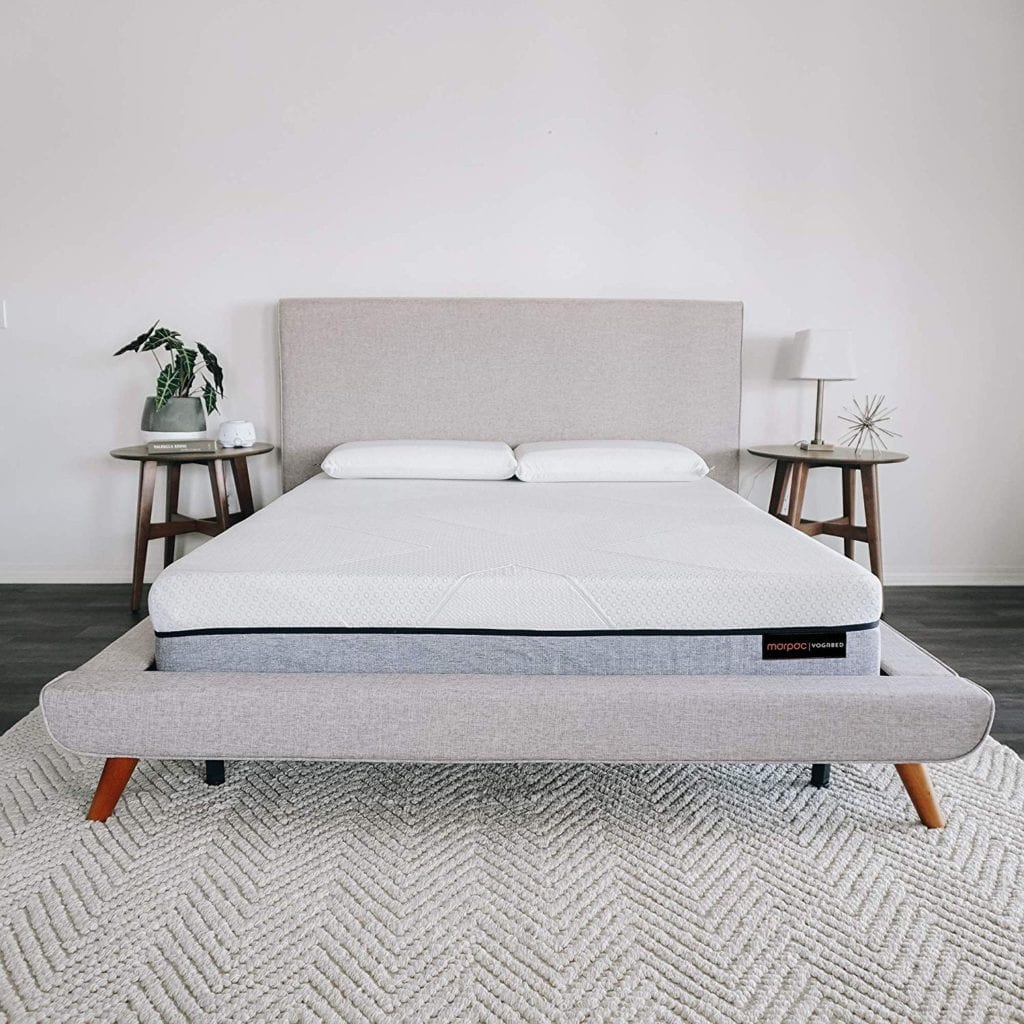 Eight months after Casper Sleep came Yogabed – the next big player in boxed mattresses sold online. Like Casper Sleep, Yoga Sleep was started by mattress veterans. Chris Marsh and Tim Oakhill started Yogabed in December 2014. In the genre of direct-order boxable beds, Yogabed has joined Casper as a standard of comparison, much as Tempur-Pedic has been the standard of comparison for memory foam mattresses. Their example has stimulated the launch of many other similar enterprises. 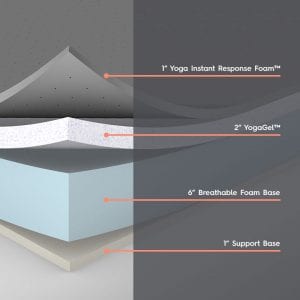 Both Casper Sleep’s and Yogabed’s mattresses are 10” high, have four layers, and have the springier comfort layer on top. Until 2017, Casper‘s top layer was Dunlop latex. Yogabed has no latex, citing avoidance of allergies to rubber tree sap. Instead, in the Yoga Comfort System, this 1” layer is a polyurethane foam called Yoga Instant Response Foam™, which has been designed to be fast responding.

While the 1½” second Casper layer is called memory foam, the 2” second layer in the Yogabed is called YogaGel. Though it is not named as such, it is obviously gel-infused memory foam. As such, it does provide pressure relief. However, gel infused into memory foam has limits on how much it can cool the mattress (for more info, click here), and the gel does affect the feel of the foam.

The real key to cooling in the Yogabed is airflow. They claim air flowing all the way through the mattress, with the support core itself being breathable. To be truly effective, the air must move to and from the sides. How this is accomplished is not specified, whether through open-cell foam or tiny perforations. A video of Relief-Mart’s Airflow Transfer System show how much more effective channeling air to the side is than open cell foam or perforation without side ventilation. Either way, the 6” high Breathable Foam Base (support core) is bonded to a 1” very firm foam base pad.

Overall, reviews of the Yogabed have been positive. At this time it is too early to report on the durability of the Yogabed. Yogabed says the foam is made in the USA (foams for both Yogabed and Casper are manufactured in Georgia), which is a good thing when considering all the cheap Asian foams which have entered our markets (see the section Beware of Cheap Imitations! at the bottom of the Home page).