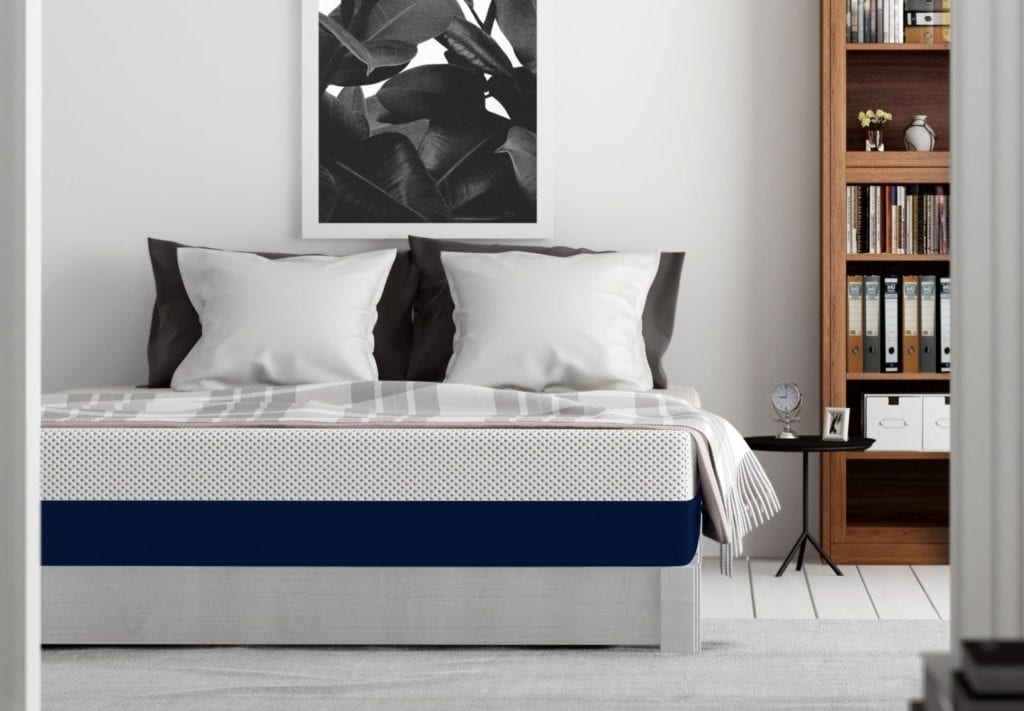 Amerisleep is a relatively new mattress brand in the North American mattress and bedding market. It is part of One Mall Group (OMG), a marketing corporation based in Scottsdale, Arizona, which also owns the Astrabeds brand of latex mattresses. OMG states, “Our most recent addition, Amerisleep.com, offers American made memory foam mattresses, adjustable beds, and accessories with emphasis on value and philanthropy.”

Amerisleep, like the other One Mall Group companies, essentially brands and markets products made by contract manufacturers. For example, the Amerisleep Adjustable Bed is the Prodigy by Leggett & Platt, and the foams used in their memory foam mattresses are made by FXI. Besides selling their products, Amerisleep also is affiliated with several mattress review sites, as exposed on Beds.org. Most of these sites are supposedly independent, but all bring the reviews around to promote or provide a favorable comparison with Amerisleep or Astrabed products.

These are the mattress review sites affiliated with Amerisleep:

The company’s website has a very brief “About Us” page on their history. It really does not say anything about how long they’ve been in business or the experience of its leading people. However, their LinkedIn page says the company started in 2010. They do claim the direct-to-consumer business model and the use of the Variable Pressure Foaming method of making polyurethane foam and memory foam (a process of FXI). Still, the only history on the “History” page are the words “our story” and “our heritage.”

For a number of years there has been controversy over green claims for polyurethane foams, especially memory foam. The reason is that polyurethane is made using polyols derived from petroleum. As a result, noxious volatile organic compounds (VOCs) were released into the air from foams used in mattresses and pillows. Use of plant-derived polyols in foams is one solution. The problem was that only 15% or less of the polyols could be from plant oils without compromising the properties of the memory foam.

According to Amerisleep, both their Bio-Pur™ memory foam and their Bio-Core™ polyurethane support foam are plant-based. Their foams (as well as those in Loom & Leaf) are made by FXI (formerly Foamex International, a spin-off from Firestone). FXI has developed a process for making polyurethane foam called Variable Pressure Foaming (VPF). According to FXI, VPF can now replace much of the petroleum (or all?) in polyurethane foam. Additionally, blowing agents have been responsible for some of the VOCs, and VPF makes those unnecessary.

Plant polyols for Bio-Pur are made by the agribusiness giant Cargill. These are made from soy oil, canola oil, castor bean oil, and several botanical essential oils. Combined with the FXI technology, it seems to lend credence to claims of “plant-based foam” by some bedding manufacturers.

According to Cargill, plant-based foams perform better than conventional memory foam and polyurethane foam. When 10% was the limit for plant oils in memory foam, Dr. Swartzburg stated that memory foam would lose its feel if there was more plant oil than 5-10%. It remains to be seen that memory foam can now be truly “plant-based.” We are waiting confirmation.

Even accepting this, it is not hard to see that memory foam with perforations (such as in Tempflow mattresses) is much more breathable. Breathability can be enhanced by horizontal airflow beneath the upper layer(s) of a mattress, as demonstrated in this video of the Airflow Transfer System.

Amerisleep has six models: Columbus, Americana, Liberty, Revere, Colonial, and Independence. The ultra firm 8” Columbus is no longer listed by Amerisleep, and the firm 10” Americana is described as “Our firmest bed.”  However, Columbus is still available on Amazon until the supply runs out. Excepting Columbus, the mattresses range from 10” to 14” in height. 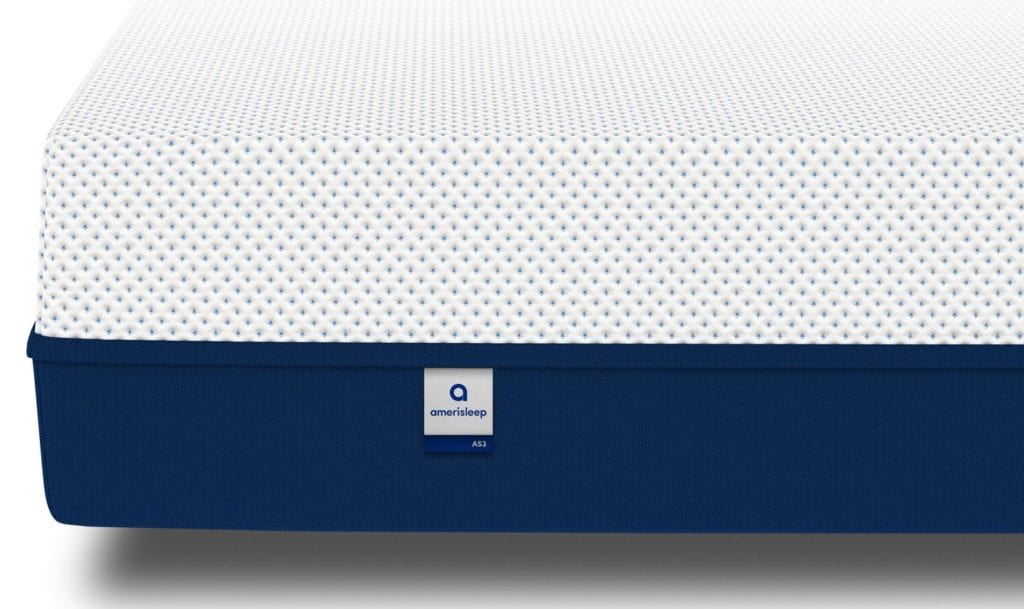 The covers of Amerisleep mattresses use Celliant. This consists of fibers that are thermo-reactive. They absorb heat from the user’s body (such as when running or exercising) and emit it as infrared radiation. The stated benefits of this are cooling and moisture control, because Celliant also wicks moisture.

Amerisleep sells its mattresses online. It also lists them on Amazon. They are shipped compressed, vacuum sealed, and roll packed. They are USA made, yet cost less than major brand memory foam mattresses.

The Amerisleep mattress sleep trial is for 100 nights, and the warranty for 20 years.

In 2017, Amerisleep revised its mattress models. On their website, they list five models with new model names, AS1 through AS5. The label of each one is tagged with “Formerly known as [name model].”  The old and new models are as follows:

Amerisleep did more than rename their models of memory foam mattresses. They gave them a new, more stylish look. Each model had a unique styling, but they all now have a white waterfall top half and blue lower half. 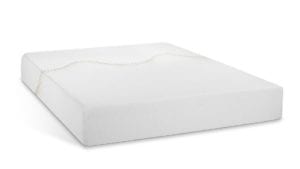 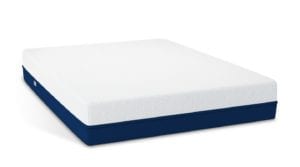 Photos of the previous versions did not show an obvious texture. The new top cover has a conspicuous diamond pattern of woven-in vents. These are evidently intended to allow greater airflow through the fabric. Amerisleep claims that their Bio-Pur memory foam with enhanced open-cell structure is five times more breathable than traditional (closed cell) memory foam. What would be interesting is side-by-side testing of airflow between the Bio-Pur and other open-cell memory foams. Ventilated foam would have more airflow than un-ventilated open-cell foam..

At this time it is too early to gauge customer response to the new Amerisleep models. These will be covered when enough verified customer reviews are available. 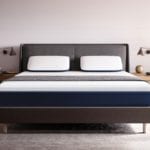