The Sheared Comfort of Wool 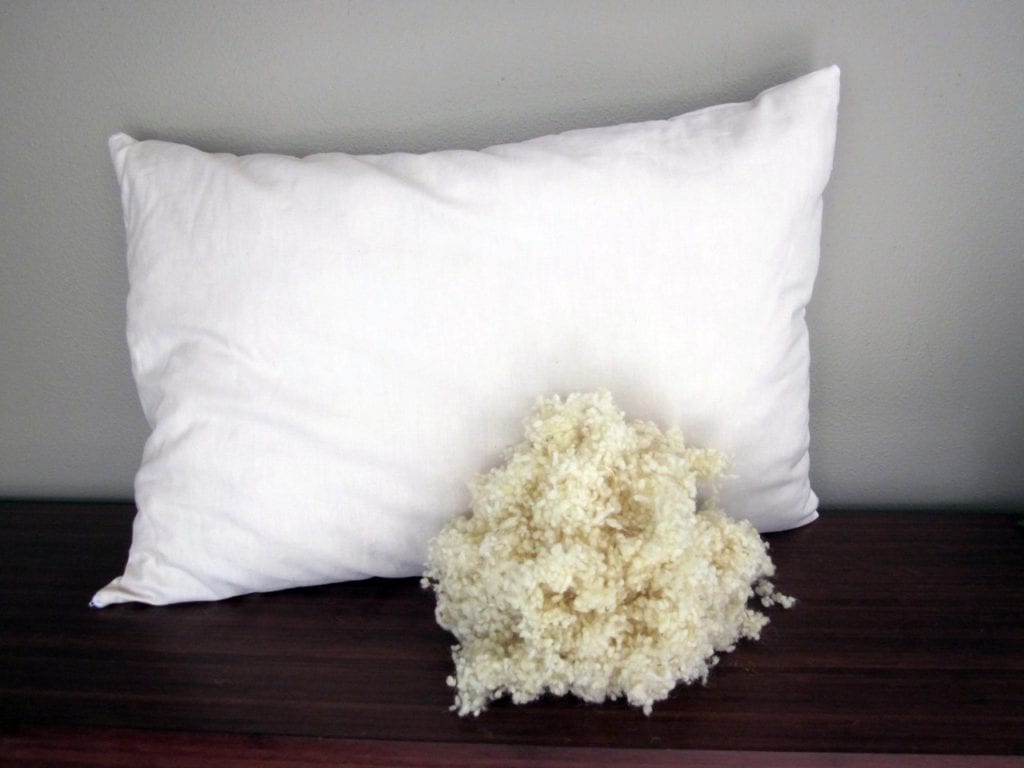 Along with linen and cotton, wool is one of the oldest textile fibers in the world, and the oldest animal textile fiber. Along with this, sheep, the major producers of wool, join goats and cattle as animals with the longest history of domestication.

According to Ann Braaten[1], as quoted on Wikipedia [2], “Wool is the textile fiber obtained from sheep and other animals.” Wool is animal hair, but not all animal hair is wool. What makes it wool is the structure of the hair. Wool hairs are crimped and/or tightly coiled, which makes it stretchy and springy. This plus scales on the fibers means that fibers cling to each other, making it easier to spin. It also makes the yarn or thread much stronger than thread made of straight, smooth hairs.

The structure of wool makes it bulky. It holds a lot of air, giving it insulating properties. Like any hair covering, it protects the animal against sunburn. It can keep users warm in cold temperatures, and also keep them cool when the air is warm, making wool popular with nomads in desert areas.

Wool is also more resistant to burning than cotton and linen, and even more so than most synthetic fibers.

Wool is harvested from sheep by shearing – cutting the hair off close to the skin. Some of the other animals may be sheared, but are more commonly combed when the animal molts (sheds).

Most of the wool used in mattresses is sheep wool. Cashmere or mohair are used in the covers of several mattresses (such as some models by Stearns & Foster, Serta,  Simmons Beautyrest, Kingsdown, Spring Air, Parklane, Magniflex, Shifman, and E. S. Kluft). Sheep’s wool, especially Merino wool, is found not only in mattresses covers, but also inside the mattress.

Wool is used in mattress covers for durability, breathability, moisture wicking, and temperature neutrality. Inside the mattress, wool is used as padding – there are mattress models with only wool inside – but more often it is a fire barrier. This is true for wool with all or most of the lanolin washed out. Wool fibers have an ignition point of 600º, but lanolin’s is much lower (after all, it is an oil). When used as a fire barrier, the wool is compressed, squeezing out most of the air that would support ignition. The reason wool is used is to avoid the use of certain chemical fire retardants in or just under the cover fabric.

Some, however, question the use of wool to bypass chemicals. One is Mark Strobel, the founder of Strobel Organic Mattresses and Strobel Technologies[3]. He points out that wool will burn. It will pass the cigarette burn test, but not the 1200º torch test now mandated, requiring certain substances, such as boric acid or antimony, to pass. In the demo, he shows slides of how a strand of wool yarn hanging down in the open burns from the bottom up. A better demo would have been with compressed lanolin-free wool batting.

Others object to wool in mattresses on account of allergies. Actually, lanolin is the primary allergen in wool, and thoroughly scoured (washed) wool is essentially free of lanolin.

Wool is a natural fiber, as it has been for thousands of years. The question today is whether the wool being used in a mattress is organic. Standards for this cover the pastures where the sheep are fed (no synthetic fertilizers or chemical pesticides), how pests and parasites are controlled (no chemicals), exclude genetic modification, and consider how the wool itself is washed, sanitized, dyed, and otherwise handled.

Also in question by some is treatment of the wool-producing animals. A process of cutting off certain folds of skin on sheep has been criticized by certain groups, such as PETA. However, the procedure is necessary to control Flystrike[6], which can be fatal to sheep. In Australia, it can now only be performed on lambs under a year old and with the use of anesthetics.

There are several certifications for organic wool, such as GOTS, Responsible Wool Standard, Oregon Tilth, and The Woolmark [7].

Wool has been around for millennia, and will remain a significant fiber for the foreseeable future, even with the widespread use of synthetic fibers, including its use in mattresses.