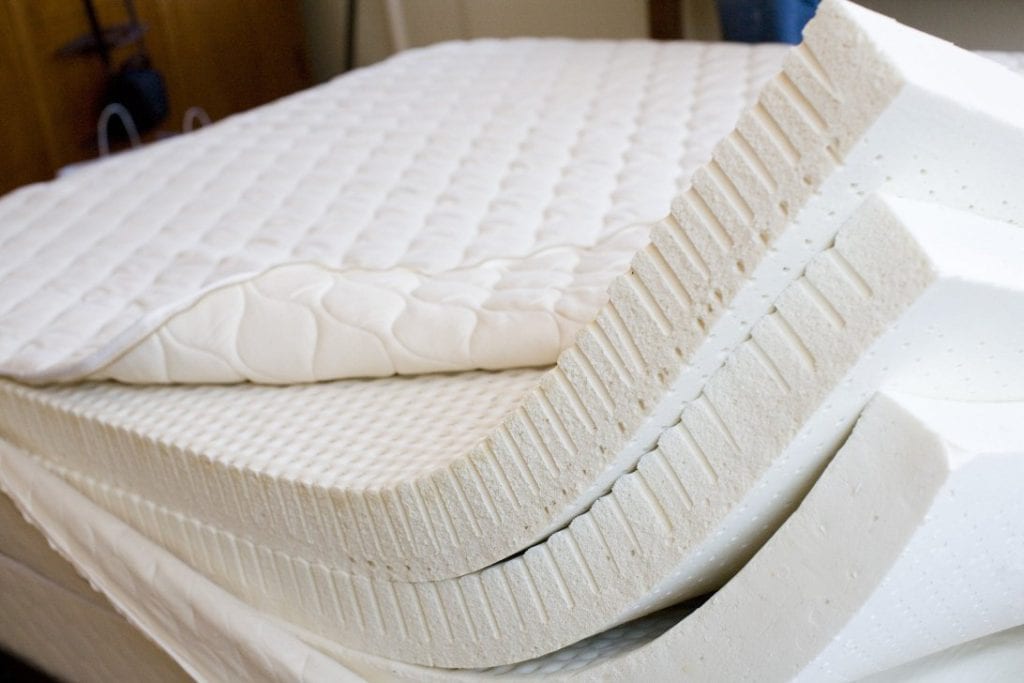 Not all Memory Foam Is the Same

When a Swedish foam manufacturer, Fagerdala, introduced mattresses made with its Tempur Material to consumers over 25 years ago, it was the only memory foam on the market. Now when you shop for memory foam products, especially mattresses, different varieties of memory foam are featured in the offerings.

This is compounded by the many trade names used, and one may wonder, “Is ABC the same as XYZ?” Just reading the ads and sellers’ descriptions, it would be easy to think that there are literally dozens of types of memory foam. The actual number of basic varieties of memory foam is closer to half a dozen.

This is the Tempur Material launched in Sweden, and used by Tempur-Pedic in the first mattresses they sold in the United States. It was quickly improved in its response and durability, and sparked a movement away from innerspring mattresses. However, this was a closed-cell foam with no breathability, and for many people it did become uncomfortably warm. This has to be taken into consideration when a manufacturer compares its memory foam to “ordinary” memory foam. Just translate “ordinary” or “regular” to “original” or “traditional.”

A big improvement in the properties of memory foam was open-cell structure. This gave the foam two advantages.

First, it improved pressure relief. In closed-cell foam, each cell resisted compression to some degree, even when softened by heat. With open-cell foam, the compressed air is pushed into other cells. This means even support across the entire body of a sleeper.[1]

Second, open cells allow air to filter through the foam, making it breathable. This lets both moisture and heat escape and dissipate. Of course they have to have some place to go. When the Tri-Pedic Mattress was designed by Dr. Swartzburg, it used open-cell memory foam.

Air-cool (or airflow) memory foam takes a page from latex. Talalay latex is formed with vertical perforations through the foam. Now copied by Dunlop latex, this vertical ventilation has been applied to memory foam. It lets seven times more air flow through than open-cell foam without ventilation, and it is the key component of the Airflow Transfer System, as demonstrated in this video.

“Cool with Gel” seems to have become the mantra for much of the advertising of memory foam mattress. This is because gel quickly absorbs heat. Besides cooling, some companies cite gel as making their memory foam more supportive. The reason is that gel is semi-solid/semi-fluid, and a layer of gel would provide fluidic support. However, several mattress experts have called these claims – especially the one for cooling – into question (see our post on gel).

Yes, gel cools – initially, that is. But it can only absorb so much heat, and the sleeper’s body keeps making heat. Whether it reaches its limit depends on the type of gel, how much, how cool it initially is, and how much heat the sleeper generates. When gel is infused into air-cool memory foam, it can transfer some of the heat to air passing through and extend its effectiveness.

As to gel’s support, David Rosenberg of Healthy Foundations and Dr. Rick Swartzburg of MemoryFoamMattress.org say it compromises the feel of memory foam. Some even say it shortens the life of the memory foam.

Other ingredients, such as graphite and bamboo charcoal, are now being infused into memory foam to regulate temperature, modify support, wick moisture, or other purposes. How effective they are remains to be seen. Time will tell whether they are better than gel.

Plant-based is a misnomer, but it has stuck, and now – thanks to the FTC – it is accompanied in mattress descriptions by the acknowledgement that plant oils replace only a portion of the petroleum derivatives in memory foam. In 2012, this was 5% to10% of the petro-polyols. Further innovation has raised this to 25% or 30% (depending whose numbers you use). Dr. Swartzburg says that 10% is the limit for effective memory foam. More would change the performance of the foam, compromising its benefits.

The use of plant-oils in memory foam does have some advantages. The most obvious is that it reduces the amount of petroleum used by the amount replaced. It also reduces the smell from new foam and reduces VOCs (volatile organic compounds). The most common plant oil used is soy oil, but aloe vera, green tea extract, and other botanical ingredients keep the foam fresher.

Different foam manufacturers have their own trade names for memory foam with plant oils. For example, Biogreen is used by Selectabed, Tempflow, and a few other mattress makers.

FXI (formerly Foamex International) has developed Variable Pressure Foaming (VPF). Their claims for this are (1) that it can make extreme open-cell foams, and (2) they can use more plant oils in the foam.

Currently, there are only five basic varieties of memory foam. More may be developed as research continues.