Beat the Heat! Stay Cool While You Sleep. 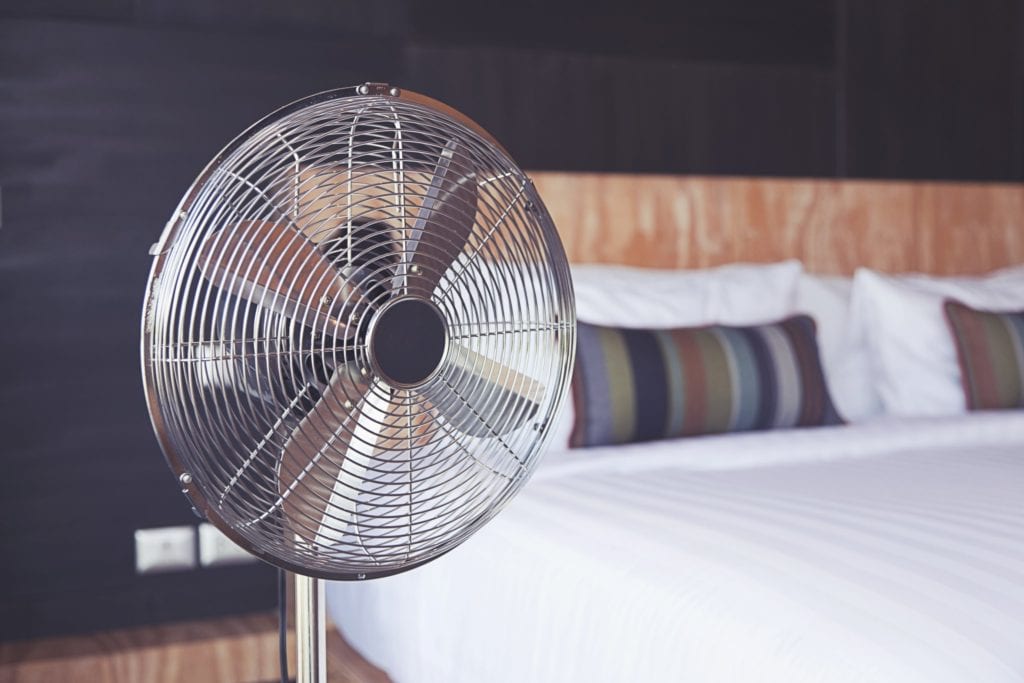 Heat can sometimes be extreme, such as in the 2003 European Heat Wave, which caused thousands of deaths, especially among the more vulnerable – the elderly, those with impaired health, and those too poor to afford air conditioning, fans, and ice. More than 700 died in Paris alone.

Heat was bad enough while awake, but sleep was almost impossible. People did what they could to cope. Among the ways of dealing with the heat were sleeping outside, sleeping in the nude with windows and doors open, and using wet sheets and fans.

Summer in most places is hot enough without a major heat wave. Heat does not have to be extreme to be too uncomfortable for restful sleep. For most people, 80° keeps them from getting a good night’s sleep, and many of these find 75° too warm. According to some sleep experts, 65° is the ideal sleeping temperature. It is not just the thermometer reading – the more humid it is, the warmer it feels. The same heat is more bearable in a dry climate – 80° with 0% humidity has about a 69° feel. Even so, there are personal differences for the ideal sleeping temperature.

The reason for this is the circadian rhythm of our bodies. There are changes over a 2-hour period in hormones and metabolism. With darkness and redder light (as opposed to blue), the pituitary and hypothalamus glands produce melatonin, which makes us sleepy. It also slows down our metabolism, which means less heat is generated. The result is a lowering of body temperature during sleeping hurs, as shown in a graph from Sleep Gadgets. 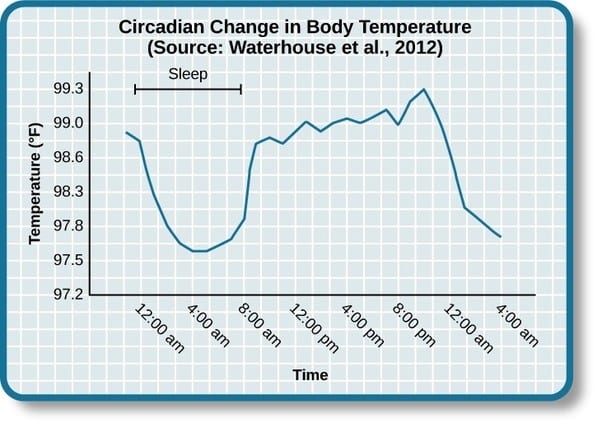 Normally, nights are cooler than the daytime, but there will be warm summer nights when sleep is more difficult than usual. If that is the case where you live, how can you beat the heat?

How the Ancients Coped with Heat

Dealing with heat is not a modern phenomenon. Every ancient civilization had to deal with heat, some (like Egypt) all year long, and others (like Greece, Italy, Syria, and Israel) in the summer. The three most common means of cooling people and buildings were airflow, evaporation, and shade – means still used today.

Shade has always been the first defense against heat, one that even animals use, whether under a tree, behind a rock, or in a cave. Houses and tents provided both shelter from the cold and shade from the sun. Mobile means of shade included parasols, loose robes, overhanging hoods, large-brimmed hats, and portable screens.

People have long known that evaporation of water cools, at least when the air is not too humid. A tent could be wetted when near a lake or river. In Egypt, a dry country with a major river, curtains were sometimes moistened to cool a room.

Evaporative coolers were an early invention. A water supply kept matting or fabric wet by dripping or wicking. This was set where breezes would be cooled by the evaporating water as they entered a building.

This brings up the use of airflow. Flowing air itself cools by inducing the evaporation of perspiration. Buildings were built so hot air exiting at or near the top pulled cooler air in at the bottom. A house in ancient Persia was built over an underground canal. Air came down a wind tower to the lowest part of the house and passed over a shaft to the canal, pulled cool air up the shaft, went through the rest of the house, then up the back side of the wind tower. 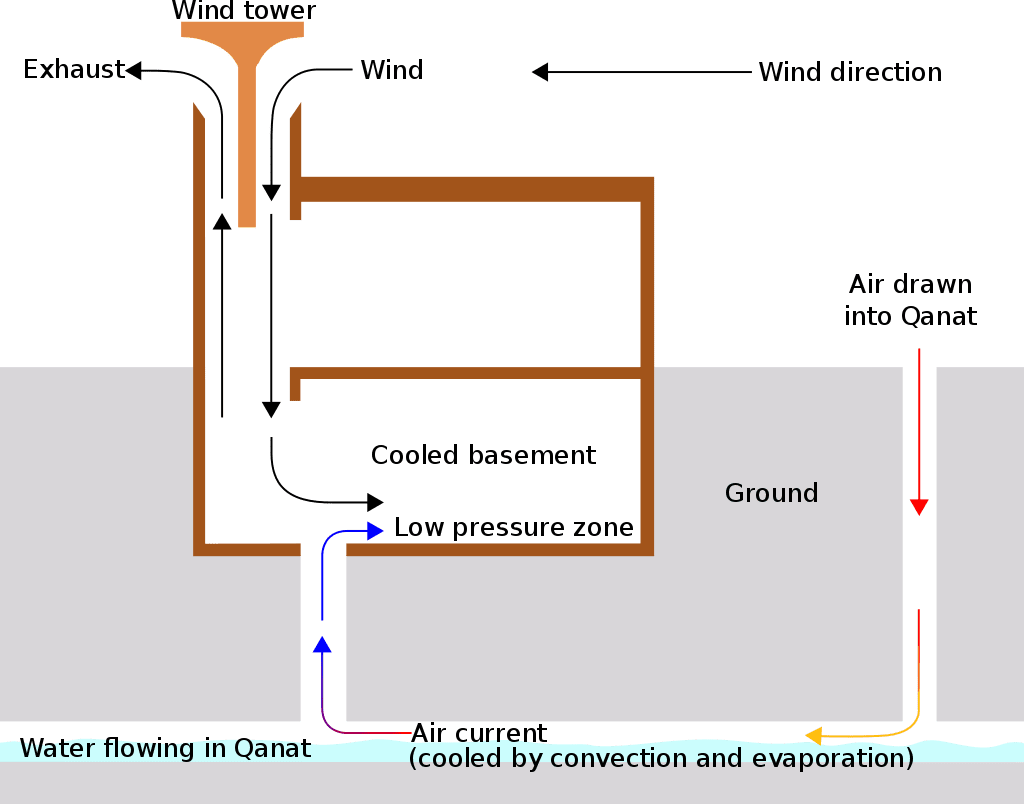 More common was the use of fans to move the air. Fans were used in China, India, Italy, Egypt. The wealthy had large fans on long poles held by slaves. In hot Egypt, fan use was so valued that the title “Fan-Bearer on the Right Side of the King” was often given high officials. 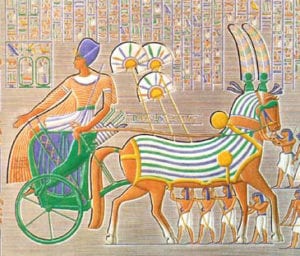 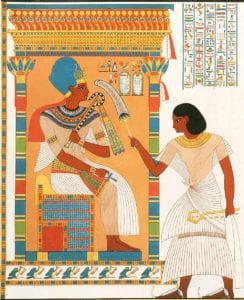 Anyone could have hand-held fans – the poor could make their own – and use them to cool themselves. The popular folding fan is an ancient invention. 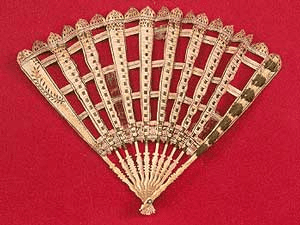 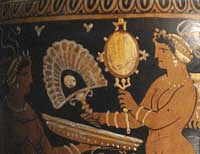 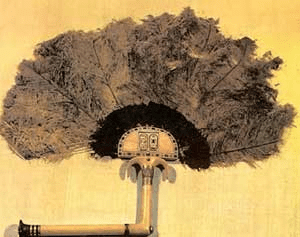 Beating the Heat in the Bedroom

We cannot control the weather outside, but we do have some things we can do for the climate indoors (by the way, heating and cooling is often labeled “climate control”). Adjustments can be made for (1) the house, (2) the bedroom, (3) the bed, (4) bedding, (5) sleepwear, and (6) our bodies.

Cooling the house to some degree makes cooling the bedroom easier. Now the obvious solution is central air conditioning (AC), but not every home has it. Before modern AC units, swamp cooling was used. AC is a form of refrigeration, while swamp cooling uses water evaporation. We do not have to cool the house excessively, but make it bearable. After all, we don’t want the electric bill to go out the roof.

Air conditioning alone is not enough. We enjoy sunlight, but direct sunlight coming through windows heats a room. If it is not too hot outside and we want more light, we can turn off the AC and open the windows to make the air fresher while keeping the heat down. With some shade, we can still have enough reflected light to keep us from being in the dark. Filtering shades or blinds can be used on the sunny side of the house to reduce the heat without leaving us in the dark.

If we have ducted central heat (with or without AC), we have a blower (house fan). Keeping this on keeps air circulating throughout the house. The moving air has a cooling effect, evaporating skin moisture and perspiration.

There are ways of keeping the bedroom even cooler. When the sun is on that side of the house, close the blinds, shades, or curtains. If not too hot outside, the window can be cracked open a bit.

Keep electric lights in the bedroom off unless you need them on, then turn them of when you exit. It’s not the light, but the heat from the light fixtures. Incandescent lights give off the most heat, followed by halogen, fluorescent, and LED lights.

If there is no central AC, get a room AC unit to fit in the window. It should be the right size for the room. You only want to comfortably cool the room, not freeze yourself out. You also could use a fan to keep the air moving.

Cooler air settles to the bottom, so the sleeping surface of the bed is cooler when closest to the floor. The coolest bed has a not-too-high mattress on a low foundation held just high enough from the floor to let air flow underneath.

The mattress itself is cooler when it does not trap heat. Innerspring mattresses with thin, breathable padding are cool because they have high airflow through the mattress and the box spring.

Foam mattresses, especially for memory foam mattresses have to be designed to be cool. Memory foam is heat sensitive – it absorbs heat – but there are ways of mitigating this.

Open-Cell Foam – Most memory foam is now open-cell, which lets air filter through.

Gel – A common method is adding gel to memory foam. However this has its limitations. It works initially, but eventually reaches the limit of how much heat it can absorb.

Phase-Change Materials (PCMs) – PCMs keep temperatures within a range. At the bottom of the range, they release heat by solidifying. At the top, they liquefy by absorbing heat. Like gel, PCMs have their limit. For instance, when they have completely liquefied, they cannot absorb as much heat. An advantage they have over gel is warming the bed when it is too cool.

Airflow – Overall, this is the most effective method of cooling a mattress. One means of increasing airflow is vertical ventilation of the foam. Another is making the cover more breathable. This is further enhanced when air can flow horizontally to the side of the mattress. The Airflow Transfer System patented by Relief-Mart uses all three methods together, as demonstrated in this video.

What you have on the bed can keep you cool or warm. Cotton sheets are best for summer. Save wool, satin, and polyester for winter. Have light, airy covers or no covers at all, depending on the room temperature. If you are using air conditioning, you will need warmer coverings. Choose a breathable pillow – shredded memory foam is cooler than solid memory foam.

Avoid heavy eating within four hours of going to bed. Active digestion raises your body temperature. Drink cool or cold liquids, but not too much, avoiding those that are caffeinated or heavily sweetened. Also avoid alcohol and smoking too close to bedtime.

Be relaxed when you get into bed. This lowers your metabolism, letting you cool down naturally.

If you have trouble sleeping because you are too warm, this is more than a matter of comfort. It is an issue of health. Having a more complete sleep cycle is vital to good health. Cutting yourself short on health negatively affects both your health and your work. Find ways to cool down without getting too cold.