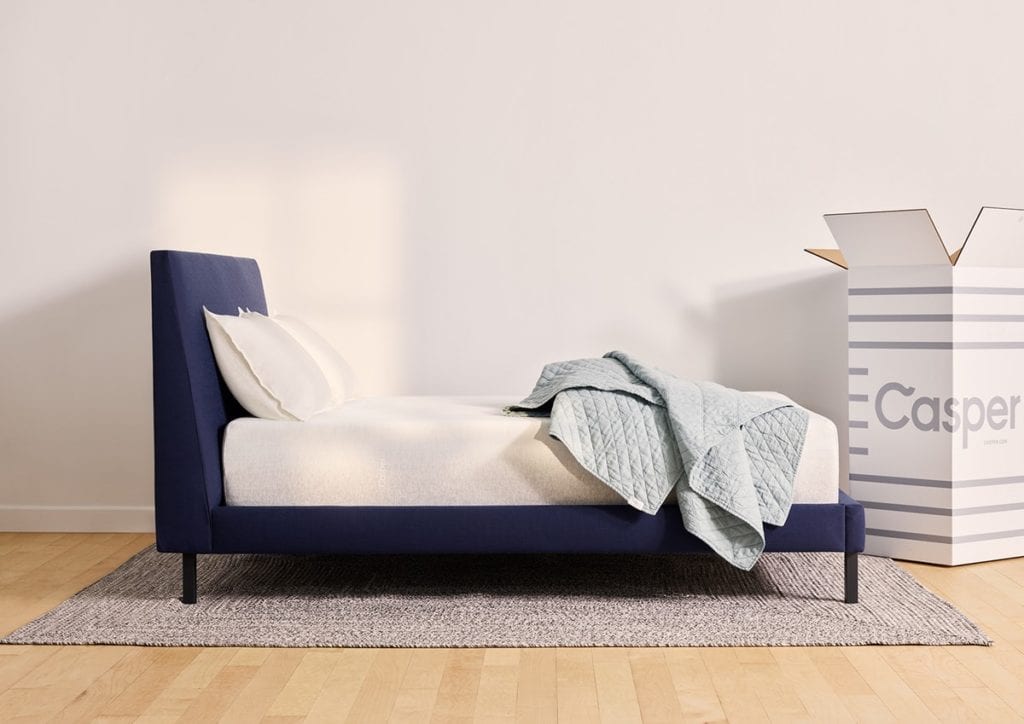 Casper Sleep has expanded their offerings from one mattress to three. On either side of the latest version of their signature model, The Casper, are the Wave and the Essential memory foam mattresses. A clue to their relative standing is their heights, 11½”, 10”, and 8½”.

Casper labels the Wave as “Our groundbreaking mattress — made with science to feel like magic.”   The science is in the contoured support, shaped like a wave – hence the name – in the base layer and the transition layer. On top of this are three comfort layers.

The 1” topmost layer on the Wave by Casper is Flo Foam. This is described by Casper as a “velvety soft” material. Judging by the reactions of those who’ve slept on this mattress, it is likely very soft polyurethane foam, similar to what has been called “hyper soft quilting foam” by several traditional brands. 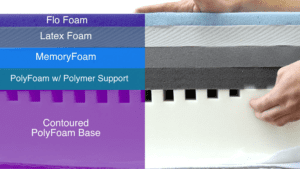 This 1½” layer is latex, not the latex-like foam which now tops Casper’s signature model. Why is it in the Wave when no longer in the Casper Mattress? Casper has not said, so here are just a couple of guesses:
(1) This is a luxury mattress for customers willing to pay the price for latex, and
(2) The Flo Foam layer protects latex-sensitive sleepers from the latex.

Latex has quick response to a sleeper laying down and changing positions. Also, it does not have the heat retention problem of memory foam (Casper says it “sleeps cool”).

This is 1½” of memory foam. This is open-call foam, though the degree of openness is not disclosed. It does let air through, unlike the closed-cell original memory foam (almost all memory foam is now open cell). Although air does filter through, this is not as much as in ventilated foams, as is demonstrated in the following video.

This is the transition layer, 1½” of high-resiliency foam.  This supports the memory foam and latex above to prevent bottoming out. Softer foams need firmer underlying support to bear the weight of the sleeper. However, this is intermediary support between the extra firm base and the comfort layers.

This is the base layer, the primary support core for the Wave. It is 5½” of high-density polyurethane foam.

This signature feature of the Wave is its Hyper-Targeted Support. Square channel cuts across the top of the base layer and the bottom of the transition layer supply contoured zoning. The channels occupy approximately ⅖ at the head, and ⅖ at the foot of the base, and about ⅕ of the transition layer in the middle. The depths of the cuts are graduated in a wave shape (see illustrations).

The cuts allow greater sinking of the shoulders and some for the hips. The part under the lumbar has no cuts or very shallow ones, providing support for this key section of the spine. The sinking of the hips is limited by material filling the cuts in the transition layer. 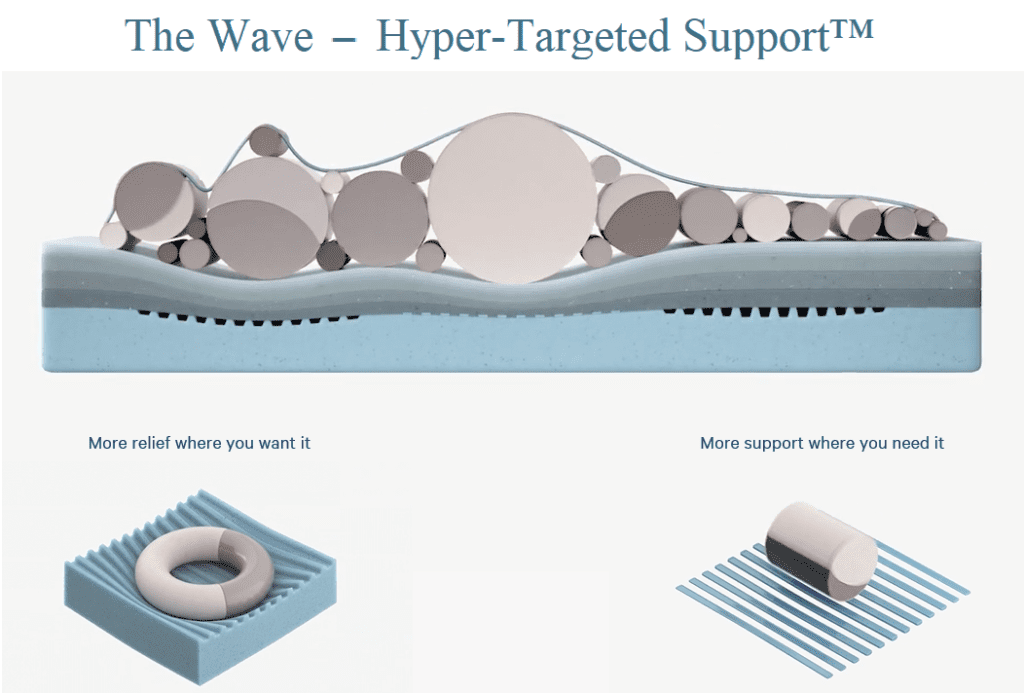 Hyper-Targeted Support  (HTS) is making legal waves. At the time of this writing, Serta Simmons Bedding (SSB) is suing Casper Sleep for patent infringement. At issue are square channel cuts for the purpose of zoning and filling some of them for more support. The case goes to trial July 2018.

Since The Wave by Casper Sleep is relatively new, there are not yet very many customer reviews, but there are at least 377 available at this time. The sites with these reviews are Casper.com (323 reviews), GoodBed (50), Consumer Reports (1), and Yelp (3). There is also an evaluation by Sleep Like the Dead (SLTD), based on an analysis of online remarks by owners of The Wave.

The average customer rating on Casper Sleep, the site with the most reviews, is 4.47 of 5 Stars (89.47%). However, the policy excludes using these in the final rating.

In contrast, SLTD calculates a 77% owner satisfaction rate for The Wave. 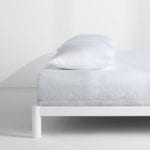