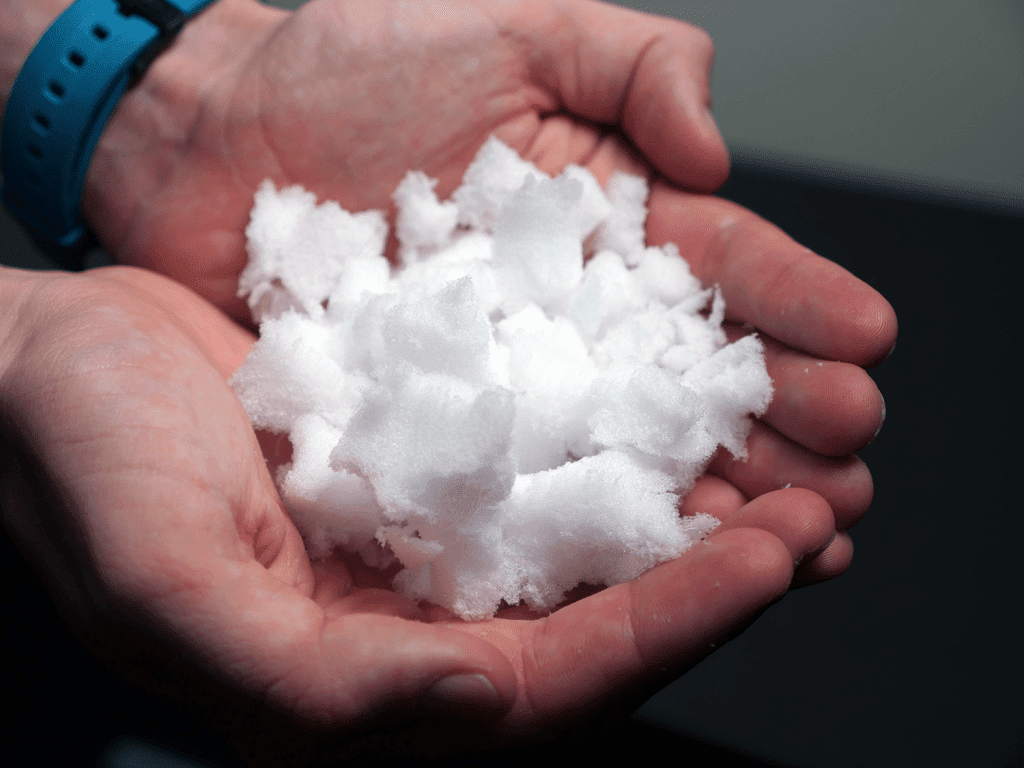 Kinds of Materials That Cover Pillows

The material in pillows includes both the cover/ticking and the filling. This article concerns the covers

All the first fillings in pillows were natural materials which were at hand, readily available. Likewise, the covers were commonly available materials – linen, wool, skins, cotton. Later, the wealthy would use silk. Now synthetic fibers are part of the mix.

There is a distinction between pillow covers and pillow cases. The cover – sometimes called the “case” or “shell” – is regarded as part of the pillow.

Some pillow or mattress descriptions refer to ticking. A pillow may have ticking in addition to the cover. Also known as the inner case, the ticking is made of a tightly-woven fabric used to keep horsehair, down and feathers inside the pillow. Down, feather, and horsehair pillows began to be double-cased. This way, the actual ticking was protected from excess wear which would compromise its ability to keep the filling from leaking out. “Ticking” on foam pillows should properly refer to the use of ticking fabric for the cover.

For pillows in general – those of any kind – several kinds of natural fibers are found in cover fabrics and ticking. The more common ones are cotton, linen, wool, and silk. Some specialty and luxury pillows have covers of silk, cashmere, or mohair. There are even leather covered pillows. Linen is more likely to be used in ticking than in covers.

Synthetic materials are also used in pillow covers. The most common one is polyester, either by itself or in poly-cotton (a blend of polyester and cotton), which essentially replaced cellulose acetate blends. Not as common in pillow covers is nylon, a more likely candidate for pillow cases or shams.

Rayon (viscose) is a material between natural and synthetic. Cellulose (a natural material) is dissolved from woody plant fibers and extruded as fibers, which are spun into thread and yarn.

When it comes to bed pillows – those used for sleeping – only a few of these cover materials are widely used. Some, like silk, cashmere, nylon, and linen, are more likely to be found in the pillow case than on the pillow itself. The more common pillow cover fabrics, in a survey of bed pillows on Amazon, are cotton, polycotton, and bamboo rayon. Also named are polyester, microfiber, and fleece. Each of these is discussed individually below.

Linen is fibers from flax. It is one of the oldest plant-fibers used in fabrics. Linen is drawn from stalks of flax by retting, a process of rotting away the softer materials, leaving the bast fibers. These fibers are then washed and spun into thread and yarn. Hemp fibers are extracted in a similar manner, but they are rarely used on pillows.

In ancient times, linen cords were stretched tight to mark and measure straight lines – this is the origin of our word line. It was woven into cloth, ranging in texture from rough to fine, depending how fine and smooth the threads were spun. Linen was the finer fabric, while wool was the common one. After cotton became popular, linen continued to be the higher class cloth used for finer clothing and bedding. Even when made of cotton, tablecloths, cloth napkins, sheets, and towels are still referred to as linens.

Bamboo linen is fibers drawn from bamboo stalks in a process similar to making linen from flax.

Cotton fabric is made from fibers in seed pods of the cotton plant, a member of the mallow plant family. It was first cultivated in India, Mexico and Peru, each with a different species. In the Middle Ages, it spread from India to Arabia and Egypt. When England colonized Eastern North America, cotton cultivation was established in the southern colonies of South Carolina and Georgia.

After the invention of the cotton gin in the United States and large-scale spinning and weaving machines in England, cotton production became a major industry. Cotton fabric became less expensive than linen, which it quickly replaced in many applications. It also cut into the use of wool for everyday fabric except for winter clothes.

Bamboo is grass with woody stalks which grows to tree heights. Native to temperate, sub-tropical, and tropical East Asia, it has been a source of wood for thousands of years, used for everything from building material to musical instruments to utensils to food.

Thins strips of bamboo have been woven into flexible mats and hats. Real fabric has been made from bamboo in two ways: bamboo linen and bamboo rayon. Since it is easy to confuse the two, the Federal Trade Commission has ruled that bamboo rayon must, somewhere in a product’s description, be identified as rayon or viscose. Bamboo may be cited as the source for the cellulose. It may be identified as rayon, bamboo rayon, or rayon from bamboo. The reason is that the only difference between rayon in general and bamboo rayon is the wood source, and the manufacturing process or both has the same environmental impact.

The primary advantage of bamboo rayon is the impact of growing and harvesting bamboo as opposed to trees. This is a distinct advantage. Since bamboo grows more quickly, it can be repeatedly harvested from the same root stock, and there is less waste (such as tree bark). Clear cutting several acres of bamboo does not leave the land subject to erosion, since it leaves living roots, tubers and runners to hold the soil.

Intact fibers drawn from bamboo in a process like the production of linen from flax stalks may be called bamboo linen (see Linen above). Bamboo linen is more like flax linen in its texture, while bamboo rayon has a silky feel and sheen, making it more desirable for sheets and pillow cases and for mattress and pillow covers.

Rayon is the oldest man-made fiber, dating back to the mid-1800s, though general commercial production of rayon fiber did not come until later. It is cellulose dissolved and extracted from wood pulp, and is also known as “viscose” from the liquified cellulose. When this viscose is extruded as a film, it is known as celluloid. Extruded through tiny holes into filaments, it solidifies into fibers, known as Rayon.

The most common source is wood from trees. This may be scrap from lumber production, but whole trees are usually harvested to make rayon as they are to make paper. Other cellulose sources are also used, as long as they have a high proportion of woody fibers. Bamboo is the most important non-tree source of cellulose for rayon.

Polyester is a polymer of which 85% or more of the monomers are esters. One type of polyester, abbreviated PET, is used for beverage bottles and polyester fiber. Virgin polyester is freshly manufactured. Reclaimed polyester is made from recycling PET items, and may be made into fiber, though most often it is used for non-food contact and non-apparel products.

Polyester is the most common synthetic fiber used in fabrics, either alone or in blends. Whereas rayon is more like silk, polyester is more like cotton. Three of the advantages of polyester over cotton are (1) it holds its shape, resisting wrinkling; (2) it has more elasticity than cotton, making it more durable; and it costs less.

Poly-Cotton denotes a blend of polyester and cotton. This is a “best-of-both” combining the benefits of each fiber, with polyester adding durability and wrinkle-resistance to the cotton. The two most common polyester-cotton ratios are 65-35 and 50-50.

Polyester is also blended with other synthetics, such as rayon and Lycra. For instance, the covers of three of the five top-rated memory foam pillows on Sleep Like The Dead are blends of polyester and bamboo rayon.

Microfiber is fabric made with synthetic fibers thinner than the diameter of a strand of silk. Most microfiber is polyester. It can be nylon or polypropylene.

Fleece, originally Polar Fleece, is fabric woven with a nap of fine piling, resembling the pelt of a lamb or other young animal. It was designed to insulating and cushioning, and is used most often in cold weather clothing. When it is used as a cover on pillows, it is for the texture. A fleece cover is found most often on throw pillows and cushions, but one manufacturer, Trtl, uses it on a travel neck pillow – not exactly for bed, but to help you sleep while traveling.

Nylon is not often found in mattress covers, let alone pillow covers. On mattresses, tightly woven high-denier nylon is used for mattress covers/protectors that are both liquid resistant and breathable. I can be used in the ticking for a feather, down or horsehair pillow. It can also be used to protect a pillow from moisture while letting it breathe.

Four of the top five memory foam pillows on Amazon are under three brands: Snuggle-Pedic, Coop Home Goods, and Xtreme Comfort. And two of these, Snuggle-Pedic and Coop HG, are the top rated brands on SLTD. All these, along with Malouf Z Zoned (#5 on SLTD), use a blend of polyester and bamboo rayon in their covers. The ratio of the blends varies as follows.

Proportions of Bamboo in Cover Fabric

Snuggle-Pedic and Xtreme Comfort (XC) have the same Kool-Flow Micro-Vented Bamboo Cover. XC uses it under license from Relief-Mart.