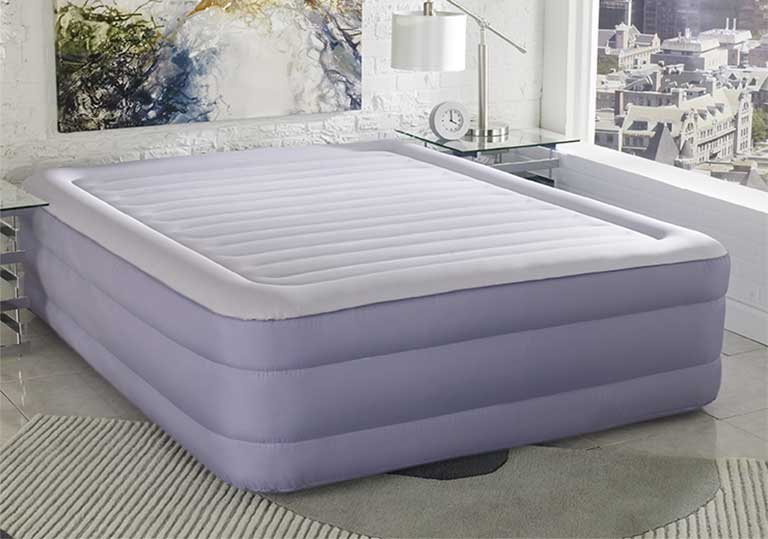 From the Tent to the House

The original air mattresses (also called “air pads’ or “sleeping pads”) had two basic uses. The first was as mattresses for camping. The second was as toppers for hospital beds to relieve or prevent pressure sores. It didn’t take long for air mattresses to be used for guests, since they could be taken off a closet shelf, rolled out on the floor, and inflated.

Since Comfortaire introduced its air-support mattresses for the bedroom, there have been two classes of air beds: permanent use adjustable air beds (for the bedroom) and temporary use air mattresses. The temporary use air mattresses have two sub-classes: camping/traveling and hosting. Hosting airbeds, also known as inflatable guest beds, are the origin of “air” in the term Airbnb, since they could be quickly set up for paying guests then packed and stored when the customers have left, leaving the hosts full use of their apartment or house.

Now several manufacturers are making inflatable guest beds which are higher and more luxurious than the camp air mattresses. Inflated, these are as high as a regular mattress on a box spring and bed frame. Common features for current inflatable guest beds are built-in pumps and adjustable air pressure. The control may be on an end panel or a hand-held remote (usually wired).

While most adjustable airbeds for permanent bedroom use have air chambers made of natural or synthetic rubber (latex), which  may be fiber-reinforced, or medical grade urethane, almost all inflatable guest beds are made of vinyl, some of polypropylene. Also in contrast to bedroom airbeds, very few guest airbeds have foam comfort layers.

Old fashioned camping air mattresses were inflated by lung power or with bicycle tire pumps. Most of today’s temporary air mattresses use electric powered air pumps. Most are external, but many inflatable guest beds have built-in pumps. These are adjustable while in use, either by a control panel on the mattress, or by a remote control (usually wired).

There are many manufacturers of inflatable guest beds. Among the top ones is Boyd Sleep, even though its name is not always seen by the customer. Among other brands are Aerobed (a Coleman company), Intex, Innomax, King Koil, and SoundAsleep.