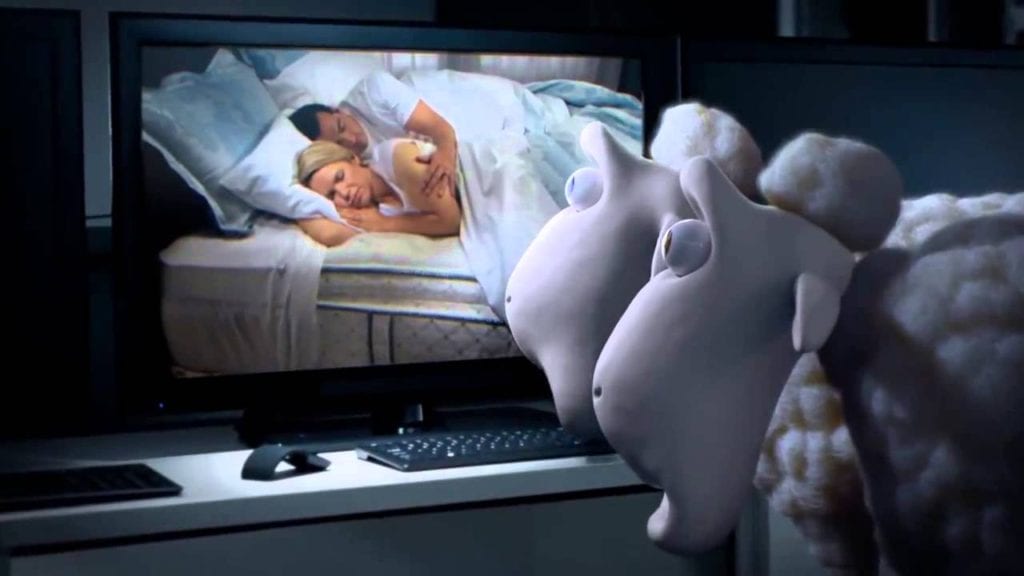 For hundreds of years, counting sheep meant trying to sleep. Since 2000, the counting sheep (or, as some kids say, “Sleep Sheep”) have been the icon of Serta, the largest U.S. manufacturer of mattresses as measured by sales.

Serta began during the Great Depression. In 1931, several mattress companies joined together to make and sell mattresses, the same models under one brand. In 1933, the coalition adopted the name Serta. This would bring name recognition and enable national advertising.

in 2010, Serta and Simmon Beautyrest came under joint ownership, though still competing. As Serta Simmons Bedding, they form the largest manufacturer of mattresses in North America.

The family is growing. In August 2018, it was announced that Serta Simmons Bedding is merging with Tuft & Needle in a move to apply the online expertise of a major disrupter.

With a history as long as Serta’s, there have been developments with changes in the product lines and brands offered. All of these are U.S. made.

The first mattress line introduced by Serta in 1931was the Perfect Sleeper. That name is still used today, though the mattresses themselves have gone through considerable redevelopment. One reason for the continuation of the name is that since 2010 these mattresses have been designed in cooperation with the National Sleep Foundation “to help solve 5 common sleep problems” (from “Fun Facts” on Serta.com).

In the 1950s, the Sertapedic line was introduced. The advertising tagline was, “You sleep ON it, not in it.” Most people then believed that firmer mattresses were better. Twenty years later Serta challenged this with a plush mattress, the Pillow Soft®.

Serta developed the continuous coil innerspring in the 1980s, an improvement on the then traditional Bonnell coils. An entire row of coils is made with one wire, so lighter wire is not used to tie each coil to the next.  Continuous coils are more durable than Bonnells, lasting more than 20 years. Continuous coil mattress models are not individually described on Serta’s website, but (under the Perfect Sleeper label) are commonly carried by mattress stores and warehouse chains. They are inexpensive mattresses with solid support and long life expectancy.

Continuous coils are very firm, too firm for many users, with a lot of motion transfer, and many owners cushion them with memory foam mattress toppers. Without the toppers, continuous coil mattresses sleep cool, and unvented memory foam toppers may retain excessive heat without some cooling technology. Therefore, a topper with airflow for cooling, such as the Snuggle-Pedic Mattress Topper Pad, is recommended.

Serta had been using Bonnell coils, offset coils, and continuous coils in their innerspring mattresses. Within a year after introducing the iComfort memory foam mattresses, they launched their iSeries collection. These were pocket coil mattresses with memory foam comfort layers.

In 2016, iSeries was merged into iComfort. These are iComfort models with pocket coils replacing the polyurethane foam support core. Now each iComfort has an iSeries version with the same model name. This makes the choice simpler for shoppers. However, as with all Serta models, model names and certain features, as well as the prices, may vary from one retailer to another.

The iSeries Hybrid springs are not just pocket coils, these are Duet Coils, a coil-in-coil design initially developed and patented by Sealy (Serta uses its own patented variation). Formed from one strand of spring wire, the inner coil has more turns, making it firmer, while the outer coil is less firm with fewer turns.

Serta now has five or six lines (or brands) of mattresses (depending how you count them):  Perfect Sleeper®, iComfort®, Mattress in a Box, Hotel Mattresses, and Exclusive Collections.

Perfect Sleeper now includes some all-foam mattresses as well as some hybrids.

The five Mattress-in-a-Box models are Serta’s response to the boxable beds movement. All of these are all-foam mattresses. Three of them are Perfect Sleeper models. Most can be bought at retailers, where the shopper can test them, and be carried home in a car.

Since Serta has been around for about 85 years, there have been many customers. Online reviews are quite new, but a sizable share of them are on Serta mattresses, and they are found on many retailer sites as well as several independent reviewers. We cannot cover all these sites in a reasonable time, so we’ll take reliably representative collections of reviews, those on Sleep Like the Dead, Amazon, Beds.org, and GoodBed.

Eight of the Serta models or collections staff reviewed on Beds.Org have customer reviews (a total of 18). They are Serta Pure Response Splendour Latex, Vera Wang by Serta Collection, Serta Celebration Firm, Admiration iSeries by Serta, Serta Perfect Sleeper, Serta Suite Dreams Hilton, Sertapedic by Serta Bellingham, and Serta iComfort Goodnight Refined. Most are from 2013, and the latest is from 2015. No new models have been added to the site since mid-2016.

Only 18 reviews is not a large sample by any means, but reviews submitted to Beds.Org have been vetted by the Editor-in-Chief to ensure that only reviews by genuine customers are posted. Planted biased reviews by agents of manufacturers and distributors have been screened out.

Note that the Serta Perfect Sleeper collection has the most reviews and the most balanced distribution of ratings (8) with an average rating of 3.63 stars (72.5%). The second highest number of reviews (3) is for the Hilton Hotel Collection. Each rating is different, with a 3.67 stars (73.3%) average. The Vera Wang Collection is the only other product with more than one review, its 2 ratings split between 5 and 3 stars. The weighted aggregate rating is 3.78 stars (75.6%).

GoodBed lists Serta’s “Owners Rating” as 83%, based on how many would recommend a Serta mattress. This is based on 63,796 ratings and 395 reviews. Besides the mattresses themselves, the ratings also include several issues: Back Support, Pressure Relief, Sleep Quality, Stays “Cool”, Value, Warranty Service. There are 394 ratings of Serta mattresses without naming the models with an average rating of 2.22 stars (44.37%). There are also 24,523 ratings of six current and recent collections (Perfect Sleeper, Sertapedic, iComfort, iSeries, Hotel Collection, and Bellagio at Home) and their constituent models. Altogether, these are 24,917 ratings with an average rating of 2.99 (59.75%).

Amazon has been a trusted place for customer reviews of products sold on their site. For one thing, among all the reviews of a product, those by customers who purchased that product through Amazon are marked as “Verified customer Reviews” (VCRs) This is not to say that the others haven’t purchased those items – just that they didn’t buy them on Amazon. The other reviews include those who shopped at brick-and-mortar stores or from sites who do not publish reviews or whose reviews are not widely read.

Many times the average ratings of “All Reviews” and “Verified Customer Reviews” are very close, almost exactly the same. However, sometimes they are noticeably different, In those cases, most of the time the broader category has a lower average rating, which could be due to a “grudge effect” of dissatisfied customers seeking a broader platform for their complaints. On the other hand, sometimes the overall rating is significantly higher than that of the VCRs alone.

That said, there are many Serta mattress models listed on Amazon. In several cases, sizes are listed separately. Sometimes the sizes and firmness options share the same set of reviews. Sometimes they have separate reviews. We have sorted through the reviews to avoid the overlaps in order to have a clearer picture of customer satisfaction with Serta mattresses. There are over 30 models having listings beginning with “Serta 50008…” which have no reviews yet.

Pros most named by customers are sleeping cool, solid support, affordability (for some models), and pressure relief. The most mentioned cons are sagging after three years, and heat. 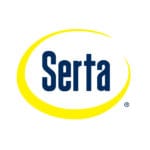