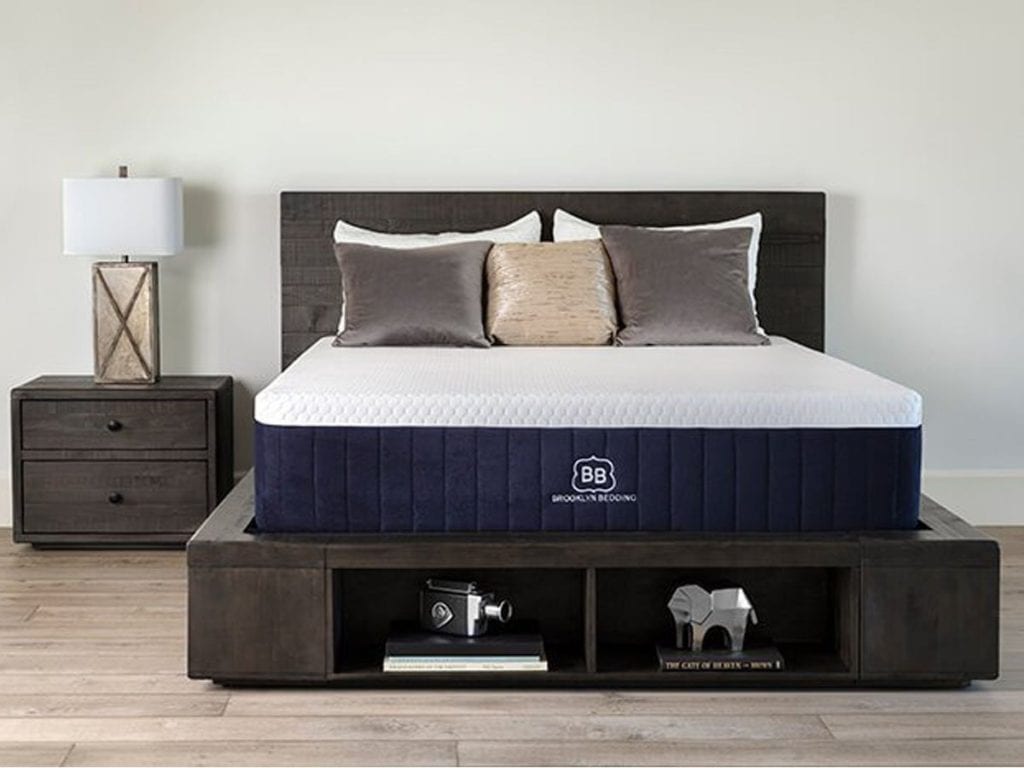 About Brooklyn Bedding, the Manufacturer

What’s in a Name?

They needed a name for their company. John’s middle daughter is named Brooklyn. That sounds nice, so that’s what the company is named – Brooklyn Bedding. For a while, all Brooklyn Bedding models were named after John and Rob’s children. That has changed with newer models.

In 1995, two brothers, John and Rob Merwin, saw a business opportunity, mattress liquidation. When major mattress manufacturers brought out new models and discontinued the old ones, they needed to get rid of surplus mattresses, If they didn’t push them on the dealers, new models could be on showroom floors earlier. So the Merwin brothers bought surplus mattress inventories and sold them locally in Phoenix.

Then John and Rob discovered surplus materials left over from mattress production – springs, fabric, foam, etc. They bought the materials, learned out to make mattresses, and began manufacturing in Phoenix. This led to them developing their own brands.

At first, the brothers drove around Phoenix delivering mattresses to homes. Eventually, they opened showrooms. Now they have fifteen in the Phoenix area, two in Tucson, and two in Utah.

“We Make It Here” in the USA

The Merwin brothers began to make mattresses especially for retailers with the store brands. Along with their own products, the private label business has grown. One attraction is that all of their mattresses are made in their own factory located in Phoenix Arizona, right here in the USA. This cuts the cost of having someone else make mattresses, shortens delivery time, and ensures higher quality than most of the foam and mattresses made overseas.

When Brooklyn Bedding began selling its mattresses on Amazon, it gained national attention. In 2008, John and Rob bought a mattress compression machine developed by Magniflex and made in Italy. Only two years after BedInABox, they were shipping boxed mattresses. This was six years before Casper and Yogabed hit the market.

In 2015, Brooklyn Bedding branched out to bi-modal marketing, with one brand available in stores, and a new model available online only. Like other manufacturers challenging the startups, who coin new brands for their online boxed bed offerings, BB created a new brand name, Dreamfoam, for their online-only brand, and kept the Brooklyn Bedding name for their in-store mattresses. Dreamfoam Bedding has its own website, following a market trend of stronger brand identification. Dreamfoam mattresses can also be purchased on this site, as well as on Amazon.

For its in-store and online offering, Brooklyn Bedding created #BestMattressEver. The name caught wide attention with the initial hashtag, a bold announcement that this mattress was created for the Web. Since then, BB has opened up with three online-only models. The 10” #BestMattressEver was revised and renamed Signature. This was a latex mattress with a high-density polyurethane foam base. Now it is an 11” hybrid pocket coil mattress with comfort layers of foam designed to have both latex and memory foam properties.

Meanwhile, Brooklyn Bedding mattresses are in 19 Brooklyn Bedding stores in Arizona and Utah, as well as a handful of other retailers around the country, including one in Brooklyn, New York City, NY.