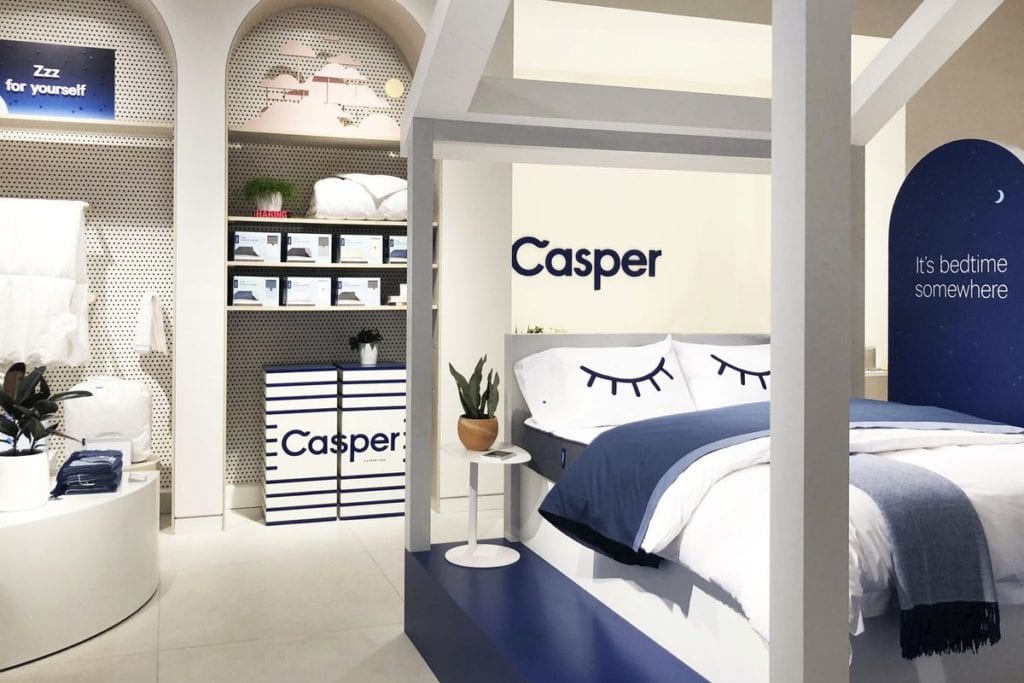 The rapid expansion of sales threatened the dominance of established mattress brands. Casper, T&N, and Yogabed became known as the Disrupters.  Soon these three were joined by other startups. Some, like Purple, used truly unique concepts in their mattress designs, while most were variations on a theme when it came to mattress design. Let’s just say we have innovators and we-toos. Most of these also sold through Amazon, ballooning mattress listings on this online marketplace.

Whether it was a defensive move, or an opportunity to branch out in a new direction, established mattress manufacturers, traditional and not-as-old, stepped up to offer their own boxed beds directly marketed to the consumer. Some established firms, such as Selectabed, were already selling mostly online, and BedInABox and Magniflex had been boxing their mattresses for several years. Most of these beds were memory foam mattresses or latex mattresses.

One thing that made the Disrupters different was they did not have showrooms – at least not more than the one close to their factory. Casper Sleep started out without a showroom. None! Then came a knock on the door. Someone wanted to try out the bed before buying it. Krim and the others then realized that mattress customers did want to try-before-you-buy, even with The Casper Mattress.

Casper Sleep decided to have a showroom, since it would draw more business. However, they did more than just set up a store or showroom just like everyone else had. They made it different.

At first, Casper used pop-up stores. This followed the precedent of pop-up restaurants. The idea was to set up shop in space available with easy access to customers. The business had to have have equipment and furnishings which could be set up, taken down, and moved quickly. An old concept, it was revived in recent years, with pop-up restaurants using social media to advertise their location and take reservations. Casper did the same thing in New York City.

Using modified buses or trucks, Casper took a showroom on wheels wherever crowds were gathering, such as at a fair or festival. These had semi-private rooms where a visitor could take a nap on a Casper Mattress.

Finally, in February 2018, Casper opened the “Casper Sleep Shop.” This was a permanent site, a brick-and-mortar store. Instead of rows of beds with mattresses lined up, it had “huts” – semi-private one-room cottages where an individual could nap-test a mattress. Feedback from this showroom and others would guide further development of these stores. The plan is to open 200 Sleep Shops around the country. At the time of this writing, Casper already has 18 open. Every Casper Sleep product is available in the stores except The Essential, which is still online only. 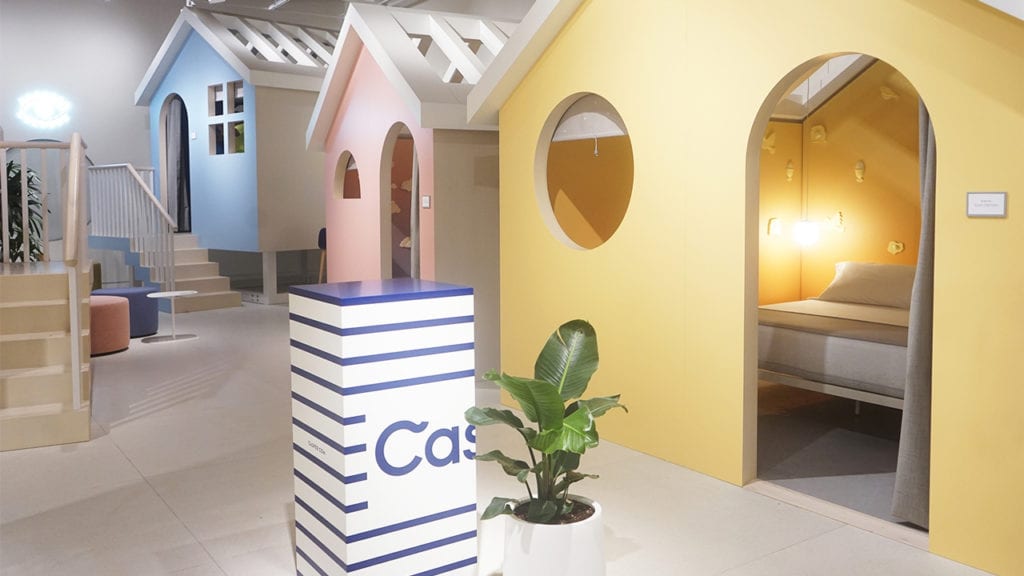 Casper as a Trendsetter

Casper was a trendsetter when they launched their first mattress. They captured national attention with delivery by bicycle in New York City. Their aggressive marketing helped carry their close rival, Tuft & Needle and Yogabed in making bed-in-a-box mattresses sold online a movement. This resulted in the popping up of many other boxed bed brands and the entry of established firms into the movement.